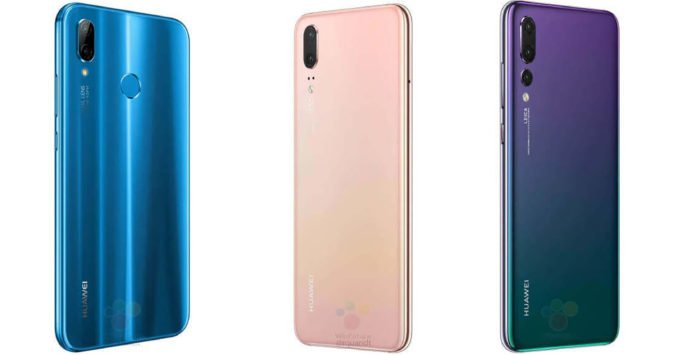 The Huawei P20 has appeared in so many rumors that there is very little that the tech world doesn’t know about the upcoming smartphones. But images published by Roland Quandt have revealed an interesting part about the phone that no one has really discussed.

We’re talking about the color options, which may be some of the coolest we’ve seen in recent years. Silver, black, white are usually the color options that we see on smartphones but it appears that Huawei is looking to stand out.

The images from Roland Quandt show some interesting color options, especially for the P20 Pro. In one of the images that he tweeted out, we can see the P20 Pro with a gradient. The colors go from a light purple at the top to a light blue for the other half.

For the P20, there appears to be a pink color option. This color option isn’t as rare as the one on the P20 Pro but it is one we don’t see very often. Huawei will also have a few other color options for those who are not fans of the gradient. The P20 and P20 Pro will also be available in blue and black color options. The blue color option looks similar to the one found on the Honor 9 Lite.

The images pretty much confirm once again what everyone knows about the upcoming smartphones. The P20 Pro images published by Roland Quandt show the triple camera system along with the vertical branding. The P20 Lite and P20 are quite similar on the back, with the only major difference being that they only have dual cameras. Images of the front of the P20 Pro also reveal that the phone will have a notch and home button.

The wait for the P20 smartphones has been a long one as Huawei decided not to launch them at MWC 2018. Huawei will instead be holding an event on March 27 in Paris, where it will likely unveil the smartphones.

What do you think about the Huawei P20 color options? Would you like to see gradient on more smartphones? Let us know in the comments.