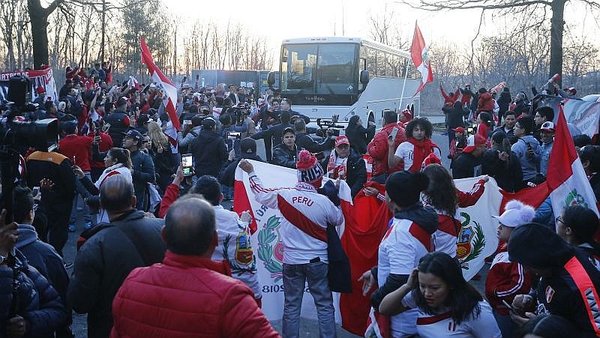 The Peruvian national soccer team arrived to New Jersey just a few hours ago but the welcoming celebration got so out of control that police were called in. The national team is in New Jersey for its friendly match against Iceland.

Peru, one of the teams that will be at the 2018 World Cup, arrived to the Hilton Meadowlands hotel on Monday night. A large crowd was nearby to see the team arrive but things later got out of control. The partying went on for too long and one person was arrested.

East Rutherford Mayor James L. Cassella confirmed that a woman was arrested for disorderly conduct after she refused to leave the floor where Peru’s national team is staying. The mayor added that the crowd was doing things they weren’t supposed to be doing and the hotel was concerned.

Authorities didn’t know that the situation was going to get out of control. The mayor explains that they would have been more effective had they known there was going to be a massive turnout.

The mayor also said that police managed to keep things in order and that nothing got out of hand. According to the mayor, police estimated that the crowd was near 1,000 people at one point.

A video taken at the hotel shows hundreds of people waiting and celebrating. The only arrest happened when a hotel guest went up to the floor that the players were staying in. The mayor said that she refused to leave and was harassing one of the players.

Authorities will remain at the hotel through Tuesday, according to the mayor. The friendly match between Peru and Iceland will take place later today. Peru is coming off a 2 – 0 win against Croatia while Iceland is coming off a 0 – 3 loss against Mexico.

Peruvian fans have been celebrating for months as their national team will be at the World Cup. In November, Peru beat New Zealand to become the final nation to qualify. The result led to celebrations from Peruvian fans around the world as it is the first time in 36 years that the national team will be in the tournament. Peru is in Group C with France, Denmark and Australia.