Overtone Acoustics After The Profit – 2018 Update 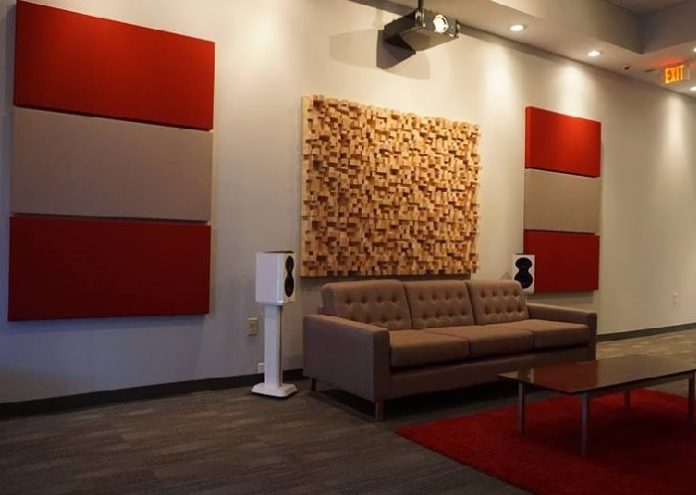 Overtone Acoustics Before The Profit

In Early 2017 Marcus Lemonis visited Overtone Acoustics, based in Orlando, Florida. The company founder and CEO, Brad Turpin, had launched the business in 2011, after his early ambition to make it in the music industry had led to him spending a lot of time in recording studios, where he realized that there was a big demand for reasonably priced acoustic treatments in recording studios and home theaters.

Brad teamed up with childhood friend Alex Merrell to fund the initial set-up of the business, and the pair had managed to achieve increased sales year after year ever since, but the business wasn’t doing well enough to flourish. Brad was hanging on by a thread, sleeping at the business or couch-surfing as he had pumped all of his capital into keeping it going. Alex had invested plenty of his cash into the business, but he was working essentially for free, as the budget was too tight to allow anyone to get paid.

Overtone acoustics had several people working at a tiny manufacturing facility in Orlando, but they were all volunteers or interns, and even Brad hadn’t been able to afford to pay himself for months. The company was on the verge of closing for good unless Marcus could help turn things around.

Overtone Acoustics on The Profit

Marcus’ first impression of Overtone’s products is positive, the company specializes in incorporating acoustic panels and diffusers into customized and original artwork. They use a process called sublimation that allows the panel coverings to be imprinted with any design, without affecting the sound damping and enhancement qualities of the product. Marcus is impressed with the idea and the process behind it, and he immediately identifies other potential sales areas in hotels, restaurants, bars, and offices.

Marcus visits the modest manufacturing area of Overtone Acoustics, and modest is the word. The company has just 1,000 square feet to produce the products, and organization is something that there just isn’t space for. ‘It’s like a shoebox’ observes Marcus, ‘virtually a garage’.

Marcus meets Alex and the volunteer workers, including Brad’s brother Joel, who explains that the company once had three full-time employees, but after a bad summer of sales, they were all laid off. Alex explains that he’s in the military reserves, but he makes a two-hour drive every day to come and work for free at Overtone when his military commitments allow him to. Alex explains that he has helped with funding the company launch too, but Overtone is still 100% owned by Brad, and Marcus is highly impressed with Alex’s commitment to the business, and his loyalty to Brad.

Marcus discusses the figures with Brad, who reveals that the panels cost just $10 to make, yet they retail for $55, a profit margin of 81%, that Marcus describes as ‘Sick’. The sales have increased every year too, from $80,000 in 2012 up to $300,000 in 2016, and Marcus can see great potential in the business, but he notices that Brad is no salesman, he cannot clearly explain the positive benefits of his products when asked about them.

Marcus sits down with Brad and Alex and explains that such a level of commitment is a rare and valuable commodity. He can see great potential in the business and its products, but he wants Alex to become a stakeholder too, describing him as ‘Worth his weight in gold’. He suggests investing $200,000 in exchange for 50% of the company, with Brad and Alex sharing the other 50% between them. Alex offers to take only a 10% stake, but Marcus, once again impressed by Alex’s generosity, decides to give 10% of his stake to Alex, leaving him with 20%, while Marcus and Brad take 40% each.

Marcus takes Brad and Alex to the National Association of Music Merchants (NAMM) trade show. It’s the biggest trade show in the industry, but once again Brad’s weakness as a salesman quickly shows. Alex, on the other hand, is engaging with customers all the time, but his pitch lacks focus, and the company brochures are not really telling the story behind the company.

Marcus visits the Overtone warehouse and finds that an order for Google is two weeks overdue, and all of the work is being done by a fresh batch of untrained volunteers. The finished products prove to be less than perfect when he inspects them, and Marcus knows that the work-flow process will always be messy in that tiny warehouse that doesn’t even have ventilation, so he suggests a move for the business.

Back in season three of The Profit, in 2015, Marcus made an investment in Precise Graphix, and its owner Dean operates a huge 75,000 square foot manufacturing facility in Allentown, Pennsylvania, that has more than enough spare room for Overtone Acoustics. Brad and Alex happily agree to relocate there, and they are given their own area in the large Precise Graphix premises, in addition, Marcus asks Dean to help them with the production of the artistic element of their products.

Next, Marcus puts an end to the couch-surfing and unstable accommodation situation by renting a townhouse in Allentown that Brad and Alex can call home, allowing them to concentrate on getting the Overtone Acoustics business on a stable footing, without worrying about where they will be sleeping at night. The benefits of having a large work-space are soon all too obvious, as a set of panels that took fifty hours to make in Orlando, now takes just two hours to produce in Allenstown, and with the manufacturing capability now ready for bigger orders, Marcus works on Brad and Alex’s sales technique.

First, there is a meeting with the CEO of The Music Garage, Chicago’s biggest recording studio complex. Brad and Alex appear much more confident in their sales pitch and manage to obtain an order, but that was just a rehearsal, as Marcus has a far bigger pitch lined-up, and there’s a lot of work to be done first.

Marcus has set up a pitch to Hard-Rock International, for a Worldwide contract, but in order to impress such a World-renown client, he wants Brad and Alex to ‘Blow him away’ with 13 new designs made exclusively for Hard-Rock. There’s some tension between Dean and Alex which leads to a shouting match, but after Marcus takes control, it’s back to work. Immediately before the pitch to Hard-Rock, Brad decides to get a haircut, which leads this time to Marcus almost blowing a fuse, but Alex and Brad manage to turn things around in the tense finale to the show.

The pitch to the CEO of Hard-Rock International goes exceptionally well, Brad is a changed man with a smoothly flowing pitch, and Alex’s enthusiasm is now more focused and overwhelmingly persuasive. The Overtone Acoustics duo leaves the meeting with a contract to equip a Hard-Rock hotel in New York City, and with Marcus describing their sales pitch as one of the best sales presentations, he’s ever seen. Brad’s confidence has grown enormously and Marcus fully expects Overtone to achieve over $1 million in sales in the next year.

Overtone Acoustics After The Profit – 2018 Update

Since their appearance on The Profit, Overtone Acoustics have completely re-designed their website, and it’s now the kind of cool-looking high-tech affair that you’d expect from a business in the music industry. There’s an easy-to-use customization menu that offers over 300,000 copyright-free images you can decorate your sound installations with, and the whole thing now reeks of polished professionalism. Brad has also included a brief history of the company, which tells a story of ever-increasing success, complete with Overtone’s partnership with Marcus Lemonis in 2017.

In an Interview with The Orlando Sentinel shortly after the program first aired, Brad revealed that Alex would soon be deployed to Afghanistan, but he’s still involved with the company, and Brad also revealed that there are no more volunteers, instead there’s a fully-paid full-time team working on Overtone products.

The company Facebook page does contain a few mixed reviews that hint at continuing problems with fulfilling orders to a time-scale, and those waiting time issues also seem to have been compounded by poor communication from the company when receiving queries from customers. Overall it seems that Brad Turpin still has some way to go before he can produce the kind of customer service he would like to, but at least now he has Marcus Lemonis to help him, rather than a bunch of unpaid volunteers.