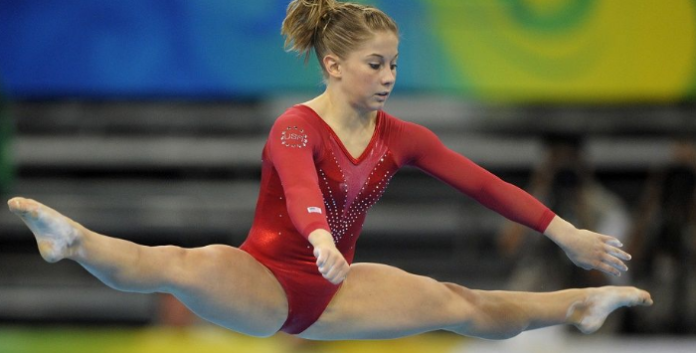 Shawn Johnson is a popular American ex-gymnast and, more recently, a YouTuber. She was born and raised in Des Moines, Iowa, where she started practicing gymnastics since she was a child. Together with her mother, she relocated to LA to pursue her career. Johnson started competing in the juniors when she was 12 years old. Shortly after, she qualified for the Junior International Elite and got the 3rd spot at the U.S. Classic.

She advanced to seniors in 2007 and kept developing and expanding her routine. During that year’s World Championship, she won 3 gold medals (team, all around and floor).  Next year, she successfully qualified for the Olympics by achieving great results in several competitions. On her first only Olympics, she won a gold medal and three silver one! After the Olympics, she took a break because of her injuries, but announced her comeback in May of 2010, stating that her goal is to qualify for the 2012 Olympics. In 2011, she won a gold and a silver medal at the Guadalajara Pan American Games. However, after another injury, she was forced to retire before the 2012 Olympics. Shawn officially retired on June 3rd, 2012.

Other than artistic gymnastics, Shawn was also a semi-popular TV icon. She appeared in the eighth season of Dancing with the Stars. Together with her partner Mark Ballas, she won the show by less than 1% more votes than the runner-ups. This is still the tightest win in the show’s history, and Shawn was the youngest winner all the way until the 23rd season. She appeared on the show once again, during its 15th season. This time her partner was Derek Hough, and they won the second place. 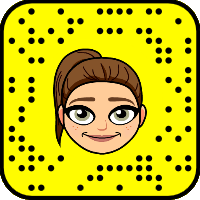 Shawn Johnson’s Snapchat username is @ShawneyJ, as verified on her Facebook profile. To follow her, all you need to do is scan the above Snapcode, or look her up directly from the app.

Besides Snapchat, Shawn is all around the web. Below is a list of her most popular social media accounts that you can find her on: