What Happened to DeShawn Snow – 2018 Update 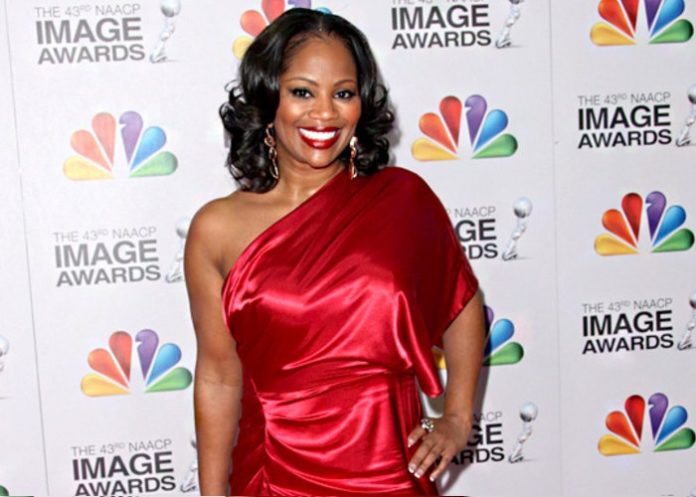 The Real Housewives of Atlanta was the third location for The Real Housewives franchise and it premiered in October 2008. The Atlanta show has since become the most watched, and highest-rated installment of the franchise, and that success has led to a number of spin-off shows featuring some of its stars, including The Kandi Factory, Don’t be tardy, I Dream of NeNe and Kandi’s Wedding, but of all of the original Atlanta housewives, there was one who was a little different, DeShawn Snow.

DeShawn was the first Atlanta housewife to leave the show, after only one season, and she was replaced by Kandi Burruss, a decision that she claimed at the time was because she was ‘Too human for a circus show’. Fans of the Real Housewives of Atlanta were sorry to see DeShawn go, she was one of the most popular original Atlanta housewives, and her level-headed diplomacy was sorely missed by fans and her co-stars alike.

DeShawn’s life since her departure from the show has been eventful, to say the least, and she has admitted that she is glad the cameras weren’t around to film when she went through one of the most tumultuous periods of her life, but now in 2018, DeShawn Snow has made an uplifting recovery from that chaotic period and is embarking on a new career as an author.

DeShawn was born in Detroit, Michigan in 1973, and later went to Wayne Memorial High School, before studying at Michigan State University where she graduated with a Bachelor’s degree in Marketing in 1995. Deshawn began a career as a real estate manager and also began dating Eric Snow, who rose to sporting fame with the Spartans basketball team and later went on to become the captain of the Cleveland Cavaliers. In 1997 the couple married and during the next ten years they had three sons together, Darius, Jarren, and Eric, but even though DeShawn had three young children and a sporting star husband, she still continued her career, and in 2004 she opened her own real estate agency, RDJ Realty.

DeShawn Snow on The Real Housewives of Atlanta

In 2008 The Real Housewives of Atlanta came along, and DeShawn’s well-balanced personality and life experience proved to be a calming influence on the frequent arguments that her co-stars engaged in. It was DeShawn’s maturity that endeared her to fans of the show, but it was also what ultimately led to her being replaced by Kandi. Producers didn’t want calm, they wanted excitement, bust-ups, and confrontation, and DeShawn Snow, a hard-working businesswoman with a strong character, was settling the troubled waters that they wanted to stir up for entertainment value.

DeShawn Snow’s Life After the Show

Just one year after leaving the show, DeShawn’s previously strong marriage to Eric hit a troubled patch when he confessed to an affair. The revelation devastated her, and the couple went through a messy, and very public divorce, but Deshawn showed the inner strength that had led her to business success, and turned her stressful situation into a positive. Feeling that her life was out of control, she decided to take control of the parts of it that she could, and she began a rigorous series of early-morning gym workouts with her close friend and personal trainer Trey Crump. The exercise and the healthy-living habit stuck, and after her divorce, DeShawn was 30 pounds lighter and filled with confidence for the future.

Some of the original cast of The Real Housewives of Atlanta may have thought that DeShawn was a loser when she left the show after only one season, but she’s come out on top now in 2018. Allegations against the other four original housewives soon surfaced after DeShawn’s departure, that suggested none of them were quite as wealthy as they claimed. NeNe turned out to be only renting her home, Sheree was revealed to have an arrest record, Lisa was being sued by her ex-husband, and Kim was forced to sell her home at a loss. Only DeShawn was exactly who she claimed to be, and after the stress of her divorce, and her inspirational physical transformation, she’s now winning on many fronts.

DeShawn embarked on a career as a writer of children’s books in 2012, and she has now published three titles in her Lil Shawnee series. There are persistent rumors that she will be returning to our screens in dramas or even another reality TV show, but so far that hasn’t happened. DeShawn promotes various projects that empower and encourage young women to be a success in life, and she also frequently promotes PH1LL, a charitable organization set up by her cousin, Deodge Hill, that helps provide resources and scholarship opportunities to single mothers looking to pursue a college education.

DeShawn’s son Darius is also looking to follow the sporting footsteps of his famous father. He has received an offer from the University of Texas Longhorns. And although Darius needs to bulk up a little from his current 210 pounds, he’s sure to get plenty of help with motivation from his inspirational mom.

DeShawn keeps a steady flow of positive and uplifting news coming to her fans and followers through her Instagram and Twitter accounts, and her tagline on Twitter of ‘Healed, Whole, Restored, Fireproof.’ really says it all about her recovery.

Perhaps the biggest testament to DeShawn’s incredible drive and motivation is her website, where she offers an amazing array of services, including luxury real estate, lifestyle management, and consultancy advice, and well as promoting her book series and her own charitable organization, the DeShawn Snow Foundation, which helps promote positive values in teenage girls.