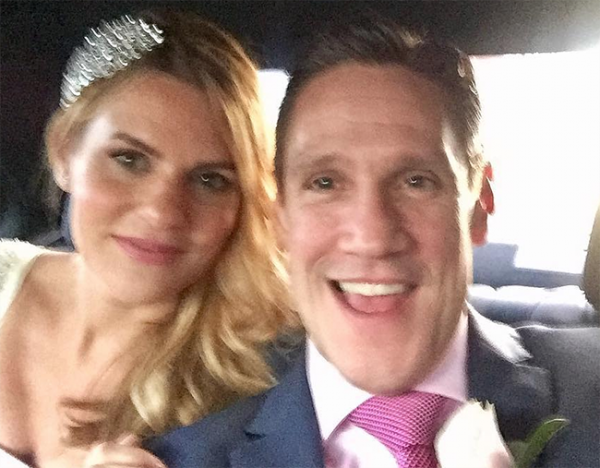 Sending WhatsApp messages to a wrong number is something that probably happens to hundreds of people every day. Those messages are sometimes never responded to or the other side lets them know that they are messaging the wrong person. But a wrong number led to something else for Lina Dahlbeck and Michael Evangelou.

It all began when Michael Evangelou sent a WhatsApp message to Lina. She noticed that it was an unknown number and thought it was an error. But the conversation between two strangers would later lead to a relationship.

Michael apologized for the error but the conversation continued as Lina found his responses funny. After hours and hours of messages, the two decided that it was time to meet. Lina says that he was so attractive and that he talked a lot but noticed that it was because he was nervous, adding that it was really adorable.

Their first meeting went well and they decided to keep talking and getting to know each other. The two are still a little shocked that a message sent to a wrong number led to their marriage. Lina and Michael recently got married at the Morden Park House in London.

A picture of the message shows Michael talking about a girls trip and Lina replies by asking who it is. Michael replies by saying that the number was stored under his. The two didn’t know each other but they had one thing in common, they lived in the UK.

The parents were fully supportive of the relationship but the couple admits that some of their family members and friends were surprised about it. Lina says that the majority of their friends thought that they were a little crazy but they were also supportive.

Lina is happy to be married and has big plans for the future. She is planning to open a makeup studio in Dubai. The couple says they’re sure that destiny united them. Lina says she had been single for six years before she received that message. Her previous relationship ended back in 2011. Michael had been single for two years.

Earlier this year, a Nigerian man found the love of his life in a similar way. This one happened in Facebook, where the man had posted an advert for marriage. He received a few responses but one caught his attention. The two later met and visited each other’s families. They got married a week later.