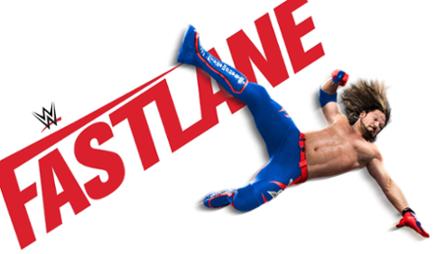 WWE WrestleMania 34 is less than a month away but the SmackDown brand still has a PPV left. WWE Fastlane (2018) has a total of six matches, including four for titles. Charlotte, AJ Styles, The Usos and Bobby Roode will be putting their titles on the line against tough competition. The matches, especially the title ones, will be interesting to watch as this could change the WrestleMania 34 picture. Can you imagine AJ Styles losing the title right before WrestleMania 34? That would change things for sure.

Becky Lynch and Naomi vs. Carmella and Natalya

On the latest episode of WWE SmackDown, Becky Lynch defeated the Money in the Bank contract winner Carmella by submission. A tag team match was later scheduled for WWE Fastlane. There isn’t a big story to this match but the question here is when Carmella will cash in that contract. Its been nine months since she won the rematch of the Money in the Bank match and while she has attempted to cash in, the attempts have not been successful.

The 2018 Royal Rumble winner will be going up against Rusev, who challenged him on the latest episode of WWE SmackDown. The challenge came a week after Nakamura defeated Aiden English. Rusev said during the segment that Nakamura had damaged English’s vocal chords during their match.

Bobby Roode will be putting his US title on the line against The Viper Randy Orton. It all began after the Royal Rumble, when Randy Orton RKO’d everyone during a segment. The Viper was then attacked by Mahal. The following week another brawl broke out and it was Mahal again who came out victorious. It seemed like Mahal would be in a US title match with Orton and Roode but Shane McMahon announced that it would be Roode vs. Orton at WWE Fastlane.

Orton has never held the WWE United States Championship, will that change on Sunday or will Roode continue his good run as the US champion? 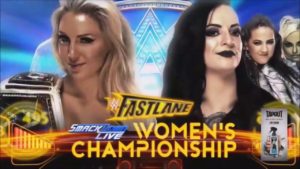 Charlotte Flair will be going up against another member of the Riott Squad. The WWE SmackDown Women’s Champion was attacked during a segment in which she was wondering about her WrestleMania opponent. She would later face Morgan and Logan, winning both matches. Charlotte later challenged Ruby Riott and she accepted.

The Usos recently renewed their rivalry against The New Day. The WWE Fastlane match will be for the WWE SmackDown tag team championships, which The New Day have said they want to hold going into WrestleMania 34. The New Day won their title opportunity after defeating Gable and Benjamin, who had previously faced The Usos for the tag team titles.

The Usos have defeated nearly everyone on the tag team division but The New Day is a tough challenge. Let’s not forget about the The Bludgeon Brothers, who have easily defeated their opponents in the last few months. Which team will go into WrestleMania as the WWE SmackDown Tag Team Champions? We’ll soon find out.

One of the most interesting matches of the event is the six-pack challenge for the WWE Championship. The match was already a big one before John Cena faced AJ Styles for the opportunity to be part of it. The match includes AJ Styles, Cena, Corbin, Owens, Zayn and Ziggler.

The addition of John Cena means he could become a 17-time world champion, setting a new record. Cena, who has appeared on WWE Raw and SmackDown recently, has said that AJ should use his rematch clause to make the match at WrestleMania a triple threat match. Nakamura, who won the Royal Rumble, will be facing the champion at WrestleMania 34.

On the latest episode of WWE SmackDown, there was a five-way match, which was won by Zayn. Will AJ Styles continue his great run as WWE Champion or will there be a new champion for WrestleMania 34?

What do you think about the match card? Which titles do you think will change hands? Let us know in the comments.