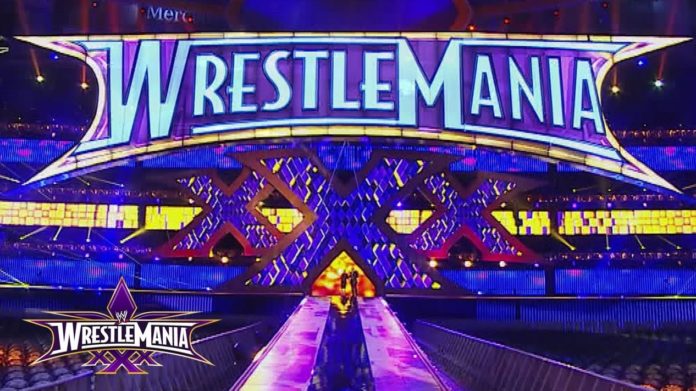 WWE WrestleMania 34 is a little over a month away but we’re now seeing where each storyline might go. Several matches are pretty much confirmed but there are still plenty of questions on some superstars. Who is John Cena going to face? Will The Undertaker return? Who is Asuka going to choose as her opponent? We’ll find out in the next few weeks but for now, we can give some predictions on the match card.

Ronda Rousey shocked everyone when she threw Triple H through a table and signed the WWE contract. Stephanie McMahon responded with a slap, pretty much confirming a feud between them. On the latest episode of WWE Raw, Rousey demanded an apology from Stephanie but the most interesting part of the segment happened at the end when Triple H punched Kurt Angle. The WWE Raw GM was actually the one that started the whole incident after revealing what Triple H and Stephanie had said about Rousey.

A few days ago, reports revealed that WWE had been looking to team up The Rock and Rousey against Triple H and Stephanie. This would have been a continuation of the segment we saw at Wrestlemania 31 but it looks like Angle will be filling in.

John Cena vs. The Undertaker

John Cena challenged The Undertaker and then appeared on WWE SmackDown to earn a title match opportunity for the upcoming WWE Fastlane PPV. The 16-time world champion won his match and will now be competing for the WWE Championship at the PPV. This could go different ways as Cena only needs one more championship win to set a new record. A win would put him against Nakamura at WrestleMania 34. Then there is the challenge he made to The Undertaker, who has not wrestled since losing to Roman Reigns at last year’s WrestleMania. Some feel like a match between the two legends is a little late now but many think it would still be interesting to watch.

The Miz vs. Rollins vs. Balor

On the most recent episode of WWE Raw, The Miz lost to Seth Rollins and Finn Balor. Before the matches, The Miz had entered the ring to find out who his WrestleMania opponent would be. We guess that the two losses answer that question, giving fans a triple threat match for the WWE Intercontinental Championship. This does leave a question, who is Braun Strowman going to face? Reports in the last few weeks had mentioned a feud between The Miz and Strowman. 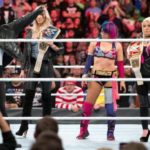 Asuka has the option to choose between the WWE Raw and SmackDown Women’s Champions for her WrestleMania opponent. Right now, there is no indication that Asuka will challenge Charlotte for the title but recent reports have mentioned that this will probably happen.

Sasha Banks vs. Bayley at WrestleMania 34 appears to be likely after what we saw at the WWE Elimination Chamber PPV and the tag team match on WWE Raw. Not too long ago, Banks and Bayley competed in a 30-minute Iron Man match for the NXT Women’s Championship.

The Usos vs. The Bludgeon Brothers

The Usos recently renewed their rivalry with The New Day but The Bludgeon Brothers, who have easily won every match since debuting as a new team, appear to be the challengers for whoever holds the tag titles at WrestleMania 34. It will be interesting to see what happens going forward as The New Day were just hosts of the event last year. The year before, they competed in a non-title match against The League of Nations.

The Bar is coming off a victory against Titus Worldwide and now, there is no clear indication on who they will face next month. There are rumors that a tag team outside the main roster will challenge them. We also can’t rule out a match between several teams, including Gallows and Anderson and The Revival.

Only one match, Brock Lesnar vs. Roman Reigns, has been confirmed for WrestleMania 34. The event, which takes place on April 8, will also hold the tournament final for the vacant WWE Cruiserweight Championship.

What do you think about the current feuds? Which matches would you like to see at WrestleMania 34? Let us know in the comments.