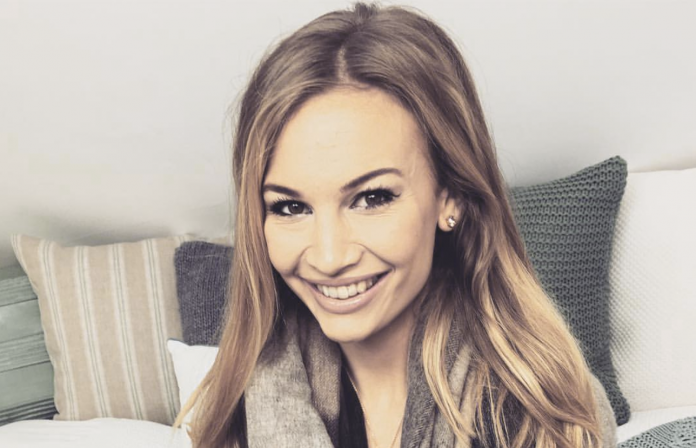 Anna Saccone-Joly is a YouTube star. She has a personal channel called Anna Saccone as well as a channel that she runs with her husband called SacconeJolys. Their children are also featured on the channel.

How Anna Saccone-Joly Got Famous

Anna was born on November 3rd, 1987 in Baltimore, MD. She attended college in Ireland, and she currently lives in the UK her husband and three children. She and her husband run a joint Youtube channel with over 1.8 million subscribers. It began in 2009 and was in a daily vlog format. It used to be called LeFloofTV. It documents many of the couples significant life events. Anna also runs a jewelry business, a personal blog, and her own YouTube channel.

If you would like to add Anna to your Snapchat feed, you can do so by clicking here.

Anna, just like most celebrities, does not have a personal Facebook profile that she shares with her fans. However, she does have an official Facebook page that is followed by over 700,000 people. Lately, she has been posting lots of content related to her fourth pregnancy which she announced in February of 2018.

Anna joined Twitter in August of 2008 and has tweeted over 4,000 times since then to her 737,000 followers. She uses Twitter mostly to share her thoughts with her followers in a way that she doesn’t on other platforms.

Anna is an avid user of Instagram. Since she created her account, she has posted a grand total of 2,416 times on the photo-sharing platform. The number of hearts on her photos frequently hits the 5 digit mark. A recent post that surpassed even that high amount was a photo of Anna in lingerie. The text below the photo states that “learning to love your body is a beautiful thing.” Anna goes on to explain that she feels at peace with her body, despite her “stretch marks, cellulite, and saggy boobs.”

Anna has an impressive 1.1 million subscribers on her personal YouTube account. She created the account on June 20, 2008. Anna lists her posting schedule as 3 days a week. She posts every Monday, Wednesday, and Friday. Many of her videos revolve around her pregnancies, but she also posts baking and cooking videos. She strikes an honest tone in her videos that really strikes a chord with her viewers.