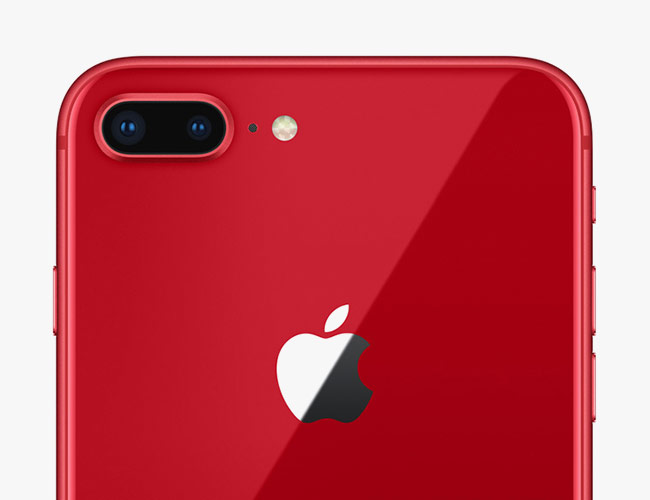 Apple has announced the new red color options for its iPhone 8 and iPhone 8 Plus. The phones, released in September 2017, aren’t the first to have this color option. In March of last year, Apple also did the same with its iPhone 7 and iPhone 7 Plus.

The (PRODUCT) RED iPhone is a release done to raise funds and awareness to help eliminate HIV/AIDS in eight African countries. According to Apple’s official website, the partnership with (RED) has provided counseling, testing and medicines for 11 years. It adds that every RED purchase helps the global fund to fight AIDS.

The new color options for the iPhone 8 and iPhone 8 Plus were introduced today. The phones have a red back, just like Apple did with the iPhone 7 and iPhone 7 Plus. There is one small difference from that release and this year’s edition. The phones now feature a black front panel instead of the white front panel.

The white front panel of the (PRODUCT) RED iPhone 7 and iPhone 7 Plus was something that many weren’t a fan of. Apple has changed that this year by offering the color that many wanted to see with last year’s edition.

The iPhone 8 lineup now has four different color options (Space Gray, Gold, Silver and Red). The Verge reports that Apple discontinued the red variants of the iPhone 7 and iPhone 7 Plus when the new iPhones were announced back in September, so this means that they may not be around for long if the company releases new phones this year.

The latest iPhone 8 and iPhone 8 Plus do not bring any differences other than the color option. The company’s official website says that the phone will be available to order in some countries and regions tommorrow and in stores on Friday, April 13. Apple has also introduced a new RED Leather Folio for the iPhone X. That will be available starting tomorrow.

Here are the prices: