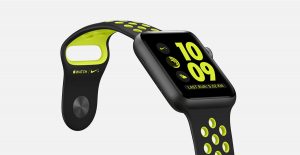 Apple is now offering repairs for Apple Watch Series 2 devices that are having issues. According to documents obtained by MacRumors, the program is for the devices that have swollen batteries or won’t turn on.

The document mentions that they have determined that under certain conditions, some of them may not turn on or may have an expanded battery. The company is now offering free repairs but not for all of the devices.

The eligible devices are just the 42mm series, including the Nike and Hermes editions. The devices will be eligible for the free repair for up to three years after the purchase. The repair program does not include the previous release, the Apple Watch, and the latest devices, the Apple Watch Series 3. The program does not include the 38mm versions.

Last year, the company also announced a similar program for the first Apple Watch. The announcement came after reports that users were affected by swollen batteries. It is not known how many users have been affected by the swollen batteries problem but the reports have surfaced on several forums. The repair program announced last year is also for up to three years.

The issue appears to be only for the first two releases, so you don’t have to worry about this if you own an Apple Watch Series 3. Those who do have the problem can visit an Apple Store or Authorized Service Provider, where it will be repaired for free. Earlier this year, the company announced a $29 iPhone battery replacement and a repair program for iPhone 7s with the no service issue. The $29 iPhone battery replacement program will last through December 2018.

Do you have an Apple Watch with this issue? What do you think about the Apple Watch? Let us know in the comments.