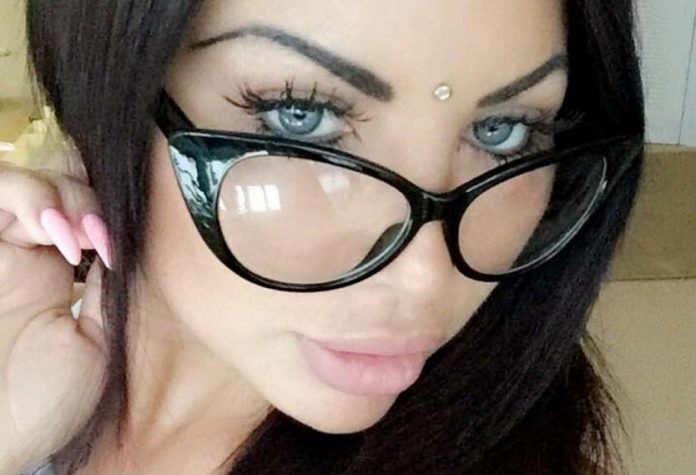 The procedure is not approved in the United States, so she decided to visit Colombia to get it done. She says she got the surgery done in 2016 but began having problems shortly after. In the surgery, she got silicone implants to change their color.

The color of her eyes were changed but the problems never went away. Bruna had blurry vision and red eyes from the start. Shortly after the surgery, her eyes began swelling and the pain would not go away.

Bruna told El Nuevo Herald that the swelling got worse and when she called him terrorized because she did not have medical insurance in the US, he told her that he could not get the implants out at the moment. She added that she had to wait six to seven months for that option. When she went back to Colombia, she says he decided to try to fix them because if he took them out, she would need a transplant, which he said he could not do because she is not Colombian.

Bruna explained that she did not know the risks of the surgery. She later visited a hospital in Miami, where she got the implants removed. The removal didn’t mean the end of her problems, which she says began over a bad procedure by the surgeon in Colombia.

The model is now said to have the eyesight of a 90-year-old. Bruna lost 50 percent of her vision in her left eye and 80 percent in her right eye. The model wrote on Instagram that she has gone through eight surgeries and she is visiting a clinic three times a week where she is thought to live with her loss of vision. In the post, she also warns everyone not to touch their eyes and take a risk for something that cannot be repaired. Nadinne and her twin sister appeared on an episode of E!’s Botched last year to try to get other surgeries.