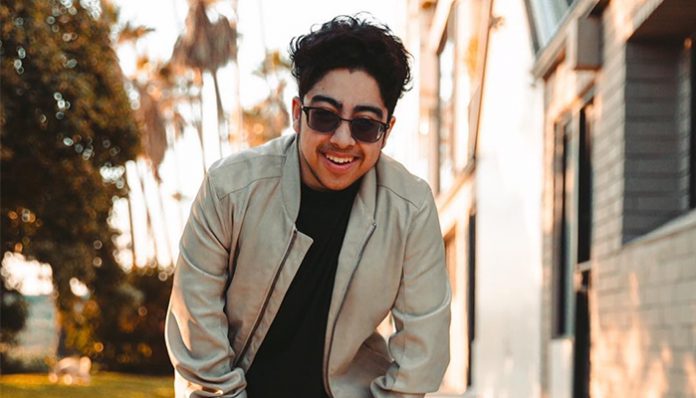 A social media celebrity, BigNik initially rose to fame on Vine, where he had earned more than 2.9 million followers. During that time, he had collaborated with many fellow stars including Jake Paul, Gabs Erwin, Elizabeth Koshy and Brent Rivera.

Since Vine shut down in 2017, he has continued to make videos on YouTube, where he has amassed close to one million subscribers. Aside from that, he also has himself a solid following on platforms such as Twitter and Instagram. Rising in popularity as we speak, he has been featured in the LA Times, Vogue, and People Magazine.

How is the teen doing for himself nowadays? How much has he earned from his social media career? How rewarding have his efforts been? According to various websites, BigNik’s current net worth hovers around $300,000. How much of this came from his videos? We’ll be trying to answer this question below.

How did BigNik Make His Money and Wealth?

Born on September 11, 1998, in Boca Raton, Florida, BigNik was diagnosed with a rare form of dwarfism as a young child, a condition that has left him blind in one eye. Growing up, he lived in Naperville, Illinois, for a few years before moving to California, where he attended Torrey Pines High School. As a young teen, he required several surgeries on his hips, legs, and ankles. In order to distract himself from the pain, he decided to make videos for Vine in 2013.

More successful than he had imagined, he had amassed more than 2.9 million followers by the time Vine closed down in 2017. During the few years that he was active on the platform,  he collaborated with many fellow stars including Elizabeth Kosy, Gabs Erwin, Allicatt, and Jake Paul.

Not long after he joined Vine, BigNik had also launched his own YouTube channel. After the former shut down, he continued to make videos on the site, with a focus on vlogs. As of 2018, he has accumulated more than 983,000 subscribers with over 64 million lifetime views. Today, some of the most viewed uploads include We Need to Talk…(3.3 million views), The Truth About My Galaxy Eye (3.3 million views), and I Visited MY Old High School and Got Bullied (3.1 million views).

With the audience that he has on YouTube, chances are, he has been monetizing his channel. As you probably already know, many content creators have chosen to display ads on their videos in the recent years, in order to earn ad revenue. As a Google partner, users are able to earn some amount of income depending on the number of views; in general, this amount tends to range from $2 to $5 per one thousand views.

Given that this is the case for BigNik, and that a less than half of his total view count (ie. 64 million) have been monetized, he would have yielded earnings of $50,000 to $120,000 before the website’s cut. Naturally, as his following continues to grow, this figure is likely to increase as well.

If you’d like to support the social media star, he also has an official merchandise store which you can visit here.

No, BigNik is not married. However, he is currently in a relationship.

Does BigNik Have Any Children?

No, BigNik does not have any children.

Did BigNik Go to College?

As far as we know, BigNik has not gone to college.

What is BigNik Famous For?

BigNik initially gained an audience for his six-second clips on Vine. Since then, he has continued to make himself known on YouTube, where he has amassed close to one million subscribers.

BigNik currently lives in Florida. Unfortunately, that’s about all the information that we have at this time.

What Kind of Car Does BigNik Drive?

Information on BigNik’s vehicle is not available.

How Much Money Did BigNik Make Last Year?

Details on BigNik’s earnings for 2017 are unavailable at this time.

Over the past year, BigNik has uploaded numerous videos to his YouTube channel, most of which are vlogs of his everyday adventures. If you haven’t already done so, be sure to subscribe to his account!

Interested in following the 19-year-old on a few other platforms? If so, how about checking out his Twitter (@BigNik) or Instagram (@RealBigNik) accounts? On Facebook, you can also join 300K others in liking his fan page here.