China: Pregnant Woman Turns Herself In After Deliberately Tripping Boy 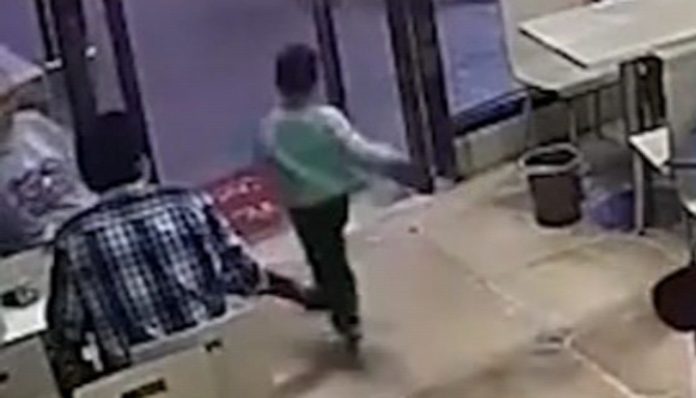 A pregnant woman in China has turned herself into police after a video showed her deliberately tripping a boy in a restaurant. Security footage, which was posted on Weibo, was viewed by millions in China.

The other people eating there see the boy fall right in the entrance. It also appears that they saw her trip him since they were seated close to her. The boy later told his mother about what happened and she decided to look for the video. Reports say his parents are in charge of the restaurant where the incident took place.

The video surfaced on social media and was viewed by more than 60 million people. A lot of them criticized the pregnant woman while others said this could have led to serious injury for the boy. The parents had asked the boy to go get chopsticks and he was holding them when he was tripped.

The video led to thousands of comments and she turned herself in shortly after that. Reports say some of the comments had insults and even death threats. There were so many comments against her that the boy’s mother later asked people to stop. The incident happened on April 19 but the video was posted on Sunday.

The woman apologized to the boy’s mother and offered to pay all of the medical bills. Reports say the boy suffered a minor injury from the fall. She received a ten day jail sentence over the incident but that was suspended since she is pregnant. She was also ordered to pay a $158 fine.