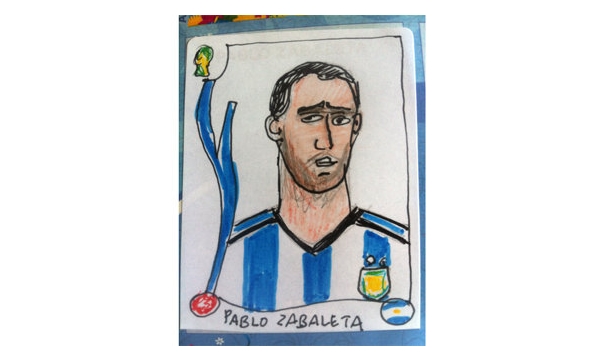 A couple has returned to make the football stickers that went viral a few years back. The two, known as the Panini Cheapskates, began drawing football stickers during the 2014 World Cup and did the same for the Euro 2016.

They began drawing over the high prices to fill the World Cup albums. Each album has stickers for every player that is part of the tournament. Filling an album can cost hundreds of dollars since it’s pretty much impossible to not get duplicates.

The couple’s idea went viral during the 2014 World Cup and Euro 2016. For the Euro 2016 tournament, they raised £4,500 ($6,272). They will do it again for charity this year. The couple, which is on Twitter as @CheapPanini, confirmed through a tweet that they would return for the upcoming tournament.

In the tweet, they explain that they had no cash to collect the stickers for the 2014 World Cup album so they decided to draw the stickers themselves. Their plans to draw every player could take a while as the album has hundreds of players and they now have a baby.

The 2018 World Cup begins in June but Panini has already released its album. The release has angered some fans as the prices have gone up. A lot of them took social media shortly after the prices were announced. Some were surprised by the news but confirmed that they would try to complete the album while others said they would be skipping this edition.

The Panini album for the 2018 World Cup has a total of 682 stickers. Fans will have to buy at least 140 packs to get a lot of the cards. I say a lot of the cards because there will be duplicates, which means it will require more than that.

The professor also revealed that it takes 4,832 stickers to complete the album. He added that things get very difficult when collectors are looking for the last 19 cards. He explained that getting those last 19 stickers takes 483 stickers.

The Panini Cheapskates will soon begin drawing and fans can’t wait to see their creations once again.