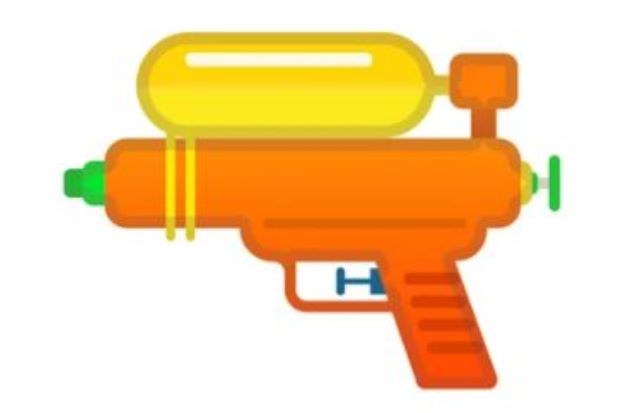 Search giant Google has made a big change for one of its emojis. The company has changed the pistol emoji for Android users. The change turns the pistol emoji into a bright orange and yellow water gun.

The search giant now joins Apple, Twitter and Samsung as some of the big companies that have switched from the gun emoji to a water or toy gun. Apple was among the first companies to make the change. From 2013 to 2015, the tech giant had a pistol emoji. In 2016, it was changed to a toy gun, which has been there ever since. Reports in 2016 also revealed that Apple was behind the decision to remove a proposed rifle and pistol shooting emoji.

Twitter had the gun emoji for years before the company decided to change it for 2018. The social media site now has what appears to be a small water gun. That change was actually announced earlier this month. Samsung also switched its emoji to a bright green toy gun after having a pistol for years.

Microsoft and Facebook are among the companies that still use a pistol as one of their emojis. Microsoft’s changes have actually been the opposite of what other companies have done recently. A few years back, the company had a space toy gun as one of its emojis before changing it to a pistol in 2016. The Verge reports that a spokesperson for Facebook has told Emojipedia that it will be replacing its pistol emoji with a toy water gun.

Emojis have been available for years but companies have changed the pistol emoji over gun violence in the US and other countries. Google’s emoji change really stands out since it turns it into a super soaker lookalike. The change is expected to be part of the next major Android update.