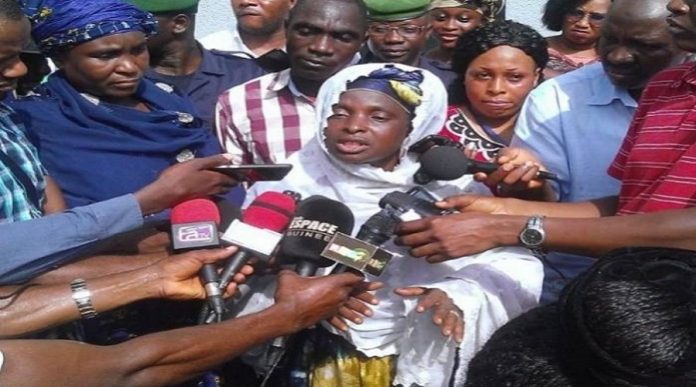 The woman was telling her customers that the potions would make them pregnant. N’na Fanta Camara was selling potions and herbs that made their bellies swell and make it seem like they were actually pregnant.

She was charging women lots of money for her potions and herbs. Authorities believe she tricked hundreds of women with her treatment. A representative of the BBC in the country said that the victims were not happy with the sentence she received. They say the sentence should have been longer.

Camara was given a five year sentence after being found guilty of impersonating a doctor and fraud. Authorities say she was giving her customers harmful substances and putting their lives in danger.

This went on for a while as reports say she tricked more than 700 women with her treatments. She was working with two others, who also received prison sentences of three and four years. The court also ordered Camara to pay $165,000 in compensation.

The potions and herbs, which were part of her treatments, would make their bellies swell for months. Some of the women found out that they were being tricked after being pregnant longer than usual. Some of them say they looked pregnant for 12 to 18 months.

The treatment was very expensive as she would charge women $33. The monthly salary in the country is less than $50. More than 700 women took the treatment, so Camara made at least $23,100 if she charged them all the same price. The lawyer representing the victims says the compensation is not enough.

Camara will now spend the next five years of her life in jail but the victims weren’t too happy about the sentence and how she responded to it. According to one victim who spoke to the BBC, Camara thanked God after the sentence was read. The woman added that they won but that she is not satisfied with the victory.

Hundreds of women were affected and a doctor said when the case first made news that there was a risk of long term complications. According to a victim who spoke to the BBC, she would tell women not to go to the hospital.

N’na Fanta Camara was arrested back in January over the mixtures used in her treatments. Reports say some victims and rights groups wanted her to receive a life sentence.