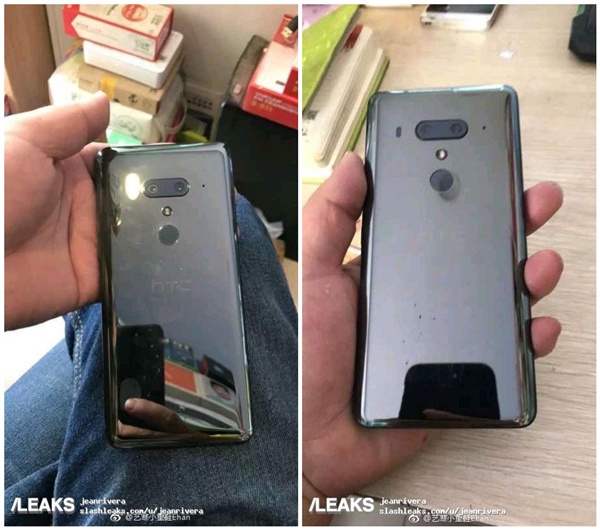 HTC U12+ images have leaked and they reveal some interesting things about the device. HTC has not confirmed if the U12+ will be its only flagship release of 2018 but it appears that the company is putting everything on this smartphone.

The images of the front of the device show that it has no notch. This is an interesting decision since most companies have decided to add a notch to their flagships. The company has decided to have top and bottom bezels. On the top left side of the phone, we can also see that it has dual front cameras.

On the back, we can see that the phone has a shiny silver finish. In the top middle, there are dual cameras along with a flash under them. There is also a fingerprint sensor right under the flash.

The right side of the phone has the volume and power buttons. On the left, there is the SIM card tray. The bottom has a USB Type-C and a speaker. There appears to be no headphone jack for this device. The HTC U11 and U11+ also left out the headphone jack.

The smartphone is rumored to be launching some time in May. Its rumored specs include a Snapdragon 845 processor, 6GB of RAM and 128GB of storage. What do you think about these images? Are you waiting for a new HTC smartphone? Let us know in the comments.