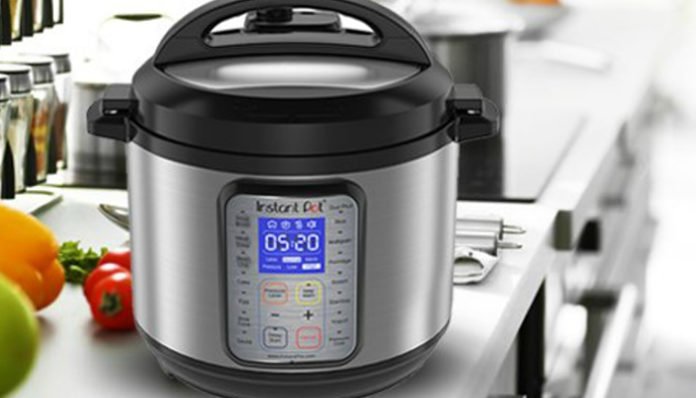 Over the past couple of years, the popularity of multi cookers has grown tremendously. Designed for utmost convenience, said appliances feature a number of functions, from pressure cooking to steaming. A big help in the kitchen, especially for those who with busy schedules, they can easily be used to prepare deliciously fuss-free dishes. With its help, cooking meals has never been easier.

As you can probably imagine, there are many types of multi cookers that are available on the market. Like most kitchen appliances, they are manufactured by a number of different brands around the world. On this page, however, we will be focusing our attention on the Instant Pot.

History of The Instant Pot

One of the most popular brands of multi cookers today, the Instant Pot Company was founded in 2009 by a team of Canadians set out to explore the art of food preparation. Ultimately, their aim was to find a solution that would allow busy professionals and families to prepare quality food in less time. In doing so, they would also be able to promote better eating, which would lead to a healthier lifestyle.

After many grueling months of research, the team introduced the first Instant Pot Cooker. Fitted with an advanced microprocessor, it consolidated the functions of five common cooking appliances into one: rice cooker, pressure cooker, food warmer, steamer, and slow cooker. Incredibly success, the appliance soon proved to be a popular choice among home cooks. With that, the team began to develop even more versatile products.

Since then, they’ve successfully introduced a number of additional models, each of which has subsequently raised the bar on user-friendliness, safety, and functionality.

More About the Instant Pot

Often advertised as a seven-in-one, the Instant Pot boasts the same functionalities as an electric pressure cooker, slow cooker, food steamer, warming pot, rice cooker, browning pan, and yogurt maker. A consolidation of many kitchen appliances, its many features have drawn in many users over the past few years.

Still, the exact specifications differ from model to model. Depending on the Instant Pot you have, its functions may be a little different.

Currently, there are five main models of the Instant Pot (not counting the CSG that has since been discontinued). As you can probably expect, each new model was an improvement over its processor. In other words, while they retain the same functionality, the newer ones tend to come with ‘“fancier” additions.

First off- what do all of them have in common? The answer to that is, they all have the ability to saute, slow cook, and pressure cook. In addition to that, they also come with a “manual” setting, which you can use to customize the cooking experience. Of course, their safety has also been rigorously tested.

Currently, the five main models consist of the Lux, Duo, Smart, Duo Plus, and Ultra. Listed in the order of their release, this makes the Instant Pot Ultra the newest, while the Instant Pot Lux one of the older models. Below, let’s briefly go over each of their functions.

Instant Pot Lux: Released after the CSG, the Lux is the oldest model that is currently still on the market.

Instant Pot Duo: The third to have been released, the Duo has proved to be one of their most successful models so far.

Instant Pot Smart: As its name implies, the Smart model comes with both Bluetooth and app capabilities. For those who are looking for a “snazzier” model, this might be a good choice.

Instant Pot Duo Plus: A newer version of their most popular model- the Duo, the Duo Plus does everything that the Duo does, and a bit more.

Instant Pot Ultra: The newest model, the Ultra features an entirely different interface than its predecessors. A 10-in-1, it offers a number of new functions that are not available with the previous Instant Pots.

Despite being the oldest model, the Lux is often compared to its newer counterpart, the Duo. Below, we’ll be taking a closer look at the two different Instant Pots. If you’re deciding between the two, hopefully, this will help you come to a decision.

Despite being the second model (i.e. one of the oldest models), the Lux remains to be popular as an “Economy” option. Don’t let its age fool you- it still packs quite the punch with six functions: the ability to keep warm, saute, make rice, steam, pressure cook, and slow cook. While it serves as a pressure cooker, however, it’s important to note that it only comes with one pressure setting- “low.”

Compared to the Instant Pot Duo, which is available in three sizes, the Lux comes in four sizes 3, 5, 6, and 8 quarts.

Considering the fact that it’s “older”, it’s not surprising to know that its cost is also lower. For instance, you can easily purchase an Instant Pot Lux for under $100 on Amazon.

As mentioned earlier, the Duo is currently one of the Instant Pot’s most successful models. The 7-in-1, it fully serves as a pressure cooker, slow cooker, steamer, rice cooker, saute pan, yogurt maker and warming pot. In addition to its new functions, some minor additions have been added including two slots in the handles where you are able to rest the lid.

Compared to the Lux, the most noteworthy differences include the ability to make yogurt with the press of a button, and the ability to pressure cook on two settings, “low” and “high.”

Not only is it popular, but the company had also recently released a new version called the Duo Plus. A refresh of the Duo, it includes everything that its predecessor had, as well as two new functions- “Sterilize” and “Egg/Cake”, which as its name implies, allow you to sterilize and bake with the Instant Pot. A 9-in-1, the Duo Plus also comes with a new, easier-to-see display.

In terms of cost, the Instant Pot Duo is priced notably higher than the Lux. Still, the difference is relatively small, especially when you consider the new functions that it offers.

Both the Duo and the Duo Plus models come in three different sizes: 3, 6, and 8 quarts.

– A 7-in-1, it comes with the ability to make yogurt
– Comes with small slots in the handles where you can rest the lid
– Includes two different pressure cooking settings- “low” and “high”
– Available in three sizes: 3, 6, and 8 quart
– Generally higher in price
– The Duo Plus offers the “Sterilize” and “Egg/Cake” functions

Should I Get the Duo or the Lux?

In the end, you want to decide which of the two models is better suited for your needs. For instance, if you’re interested in the Instant Pot’s ability to act as a pressure cooker, it may be a better option for you to invest in the Duo, as it comes with two temperature settings (whereas the Lux only comes with one).

If however, you’re looking for something “simpler” to try, the Lux is also a good, solid option. While it doesn’t allow you to make yogurt with the press of a button, it does close to everything that the Duo offers.