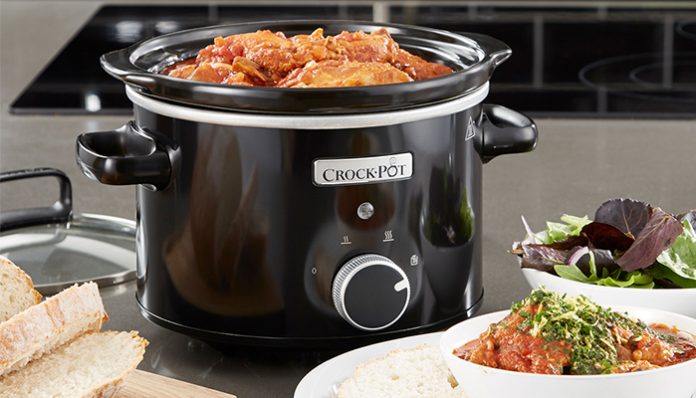 Designed for convenient meals, the Instant Pot has become a must-have for many individuals around the world. A capable multi-cooker, it can easily be used to prepare a number of dishes from meatloaf to pasta, with the press of a button. Considering all that it can do as a food warmer, yogurt maker, slow cooker, sauté pan, steamer, and pressure cooker, it’s not surprising to know that it has developed a cult following over the past couple of years. In fact, many have chosen to replace their existing appliances with the 7-in-1.

The History of the Instant Pot

Debuted in 2010, the Instant Pot was created by Robert Wang, a former software engineer. After being fired from his job, he decided to take on a new venture- he wanted to create an appliance that was “smart enough to prepare almost any meal”. Ultimately, he had come up with this idea after he found it challenging to cook a proper dinner for his two young children at home.

With the help of two telecom engineers that he hired and more than $300,000 of his personal savings, he spent the next year and a half building the first model. By 2010, their hard work had paid off. The first Instant Pot pressure cooker, complete with pressure- and thermal-sensor technology was released.

Within two years, the device became profitable; in fact, its revenue has continued to increase twofold every year since. In 2016, the gadget also developed a cult following after the web giant, Amazon, ran a promotion which results in over 200,000 sales in one day. Today, countless enthusiasts around the world trade Instant Pot recipes online.

The most popular model, the Instant Pot Duo, comes with seven different functions- it is able to make yogurt, steam food, pressure cook, slow cook, saute, warm food, and cook rice. As a result, the multi-cooker is often referred to as a 7-in-1. In fact you can even buy instant pot accessories that allow you to make everything from egg bakes to yogurt.

Aside from the Duo, there are several other versions of the cooker available on the market; generally, the newer generations offer the same functionalities as its predecessors, with a few fancier additions. For instance, the Instant Pot Smart comes with a programmable app that can be connected to the device via Bluetooth.

Currently, the main models include (in the order of their release): The Lux, Duo, Smart, Duo Plus, Ultra, and Gem. According to reports, Instant Pot will also be launching a new type called the Max sometime later this year. As far as we know, it will come with the ability to reach 15psi (the current ones only go up to 11.6psi).

Why is the Instant Pot so Popular?

While its versatility is a definite highlight, it’s not the only reason why the Instant Pot is so popular. One of its other wow factors is the ability to cook faster than traditional methods- up to 70% to be exact. How does this work? As steam is trapped inside the cooker, the atmospheric pressure increases; because of this, the boiling point of water is also increased from 212F to 250F. Ultimately, it’s thanks to this higher temperature that the device is able to cook food much faster.

Perfect for those with busy schedules, the Instant Pot can easily be used to prepare healthy, home-cooked meals. Why deal with the hassle of cooking on the stove top (especially after a long day of work), when you can prepare food ahead of time so that it’ll be ready to eat when you arrive home?

That’s right- with its ability for delayed cooking, you are able to fully control the Instant Pot’s start time; that is, you can tell the cooker exactly when to cook the food so that it’ll be fresh and ready by the time you get home.

Unsurprisingly, there are a variety of other cookers that are available on the market. While they might be similar to the Instant Pot in some ways, they generally do have their differences. For instance, both Cuisinart and Fagor produce their own versions of the multi-cooker.

On this page, however, we will be focusing on the difference between the Instant Pot and the Crock Pot.

What is the Crock Pot?

Initially introduced by The Rival Company in 1971, the Crock Pot is one of the original slow cookers to have debuted on the market. Popular among home cooks, it is used to simmer food at a low temperature, for a long period of time. As a result, it is often used to tenderize and prepare less-expensive cuts of meat. Not only that, but it is also frequently used to cook soups, pot meals, casseroles, and stews.

How does the Crock Pot Work?

Ultimately, it all comes down to the design. Unlike a stovetop burner or a conventional oven, slow cookers such as the Crock Pot are capable of cooking food consistently at a set temperature for as long as 12 hours. Complete with its stoneware inserts, it is able to trap heat sufficiently, which allows for the long period of cooking.

Note: It’s important not to remove the lid of the Crock Pot while it’s cooking, as heat will escape, causing the overall cooking time to be increased.

Why is the Crock Pot so Popular?

One of the Crock Pot’s greatest attributes is the amazing flavoring that it is capable of producing. After hours of simmering in their own juices, the ingredients produce an incredibly rich flavor, that cannot be mirrored by grilling or frying. The greatest part of all is that it’s all automated!

How Long Does the Crock Pot Cook For?

As you can probably expect, the cook time varies greatly from dish to dish. For instance, while side dishes can take less than four hours, large cuts of meat can take much longer, sometimes upward of 10 hours. In general, however, the typical cook time for Crock Pots is seven hours on low, followed by four hours on high.

Though the two are similar in many ways, they are not interchangeable. While the Crock Pot is a variety of slow cooker,  the opposite is not true (which makes sense considering the latter is a brand of the cooker). As mentioned earlier, Crock Pot is the name of a brand that first debuted on the market in the 70’s.

– The Crock Pot is a brand of slow cookers (there are many other brands such as Cuisinart and KitchenAid
– The Crock Pot is generally made out of metal
– Most of the basic models come with two settings, low and high

– Using most heat, both appliances cook food over a long period of time
– They consist of three parts: the pot, lid, and heating element
– Great for tenderizing less expensive cuts of meats

First things first, the two cookers differ in their design- the Instant Pot is designed to consume several kitchen appliances into one, while the Crock Pot is designed for slow cooking. As such, they generally fall into two different categories. With that said, there is some overlap.

For instance, one of the Instant Pot’s many functions is the ability to slow cook. While the interface may be different, the process of slow cooking is generally the same between the two appliances. Ultimately, this means that the Instant Pot is equivalent to the Crock Pot, in that it is able to simmer food at a set temperature for a long period of time.

While some of the more advanced Crock Pot models offer more features, the similarities generally end there. As a multi-cooker, the Instant Pot is also able to steam food, saute food, make yogurt, and more- all functions that the former do not have.

Should I Get an Instant Pot or a Crock Pot?

Considering how different the two appliances are, it’s important to determine what you intend on cooking, before purchasing a cooker. If you’re only interested in slow cooking meats and stews, perhaps the Crock Pot is a better option. On the other hand, if you’d like a multi-cooker that’s capable of performing other functions, such as steaming and sautéing food, the Instant Pot is a solid choice.

If you’re looking for a reliable retailer, both the Instant Pot and Crock Pot can be purchased online via Amazon.