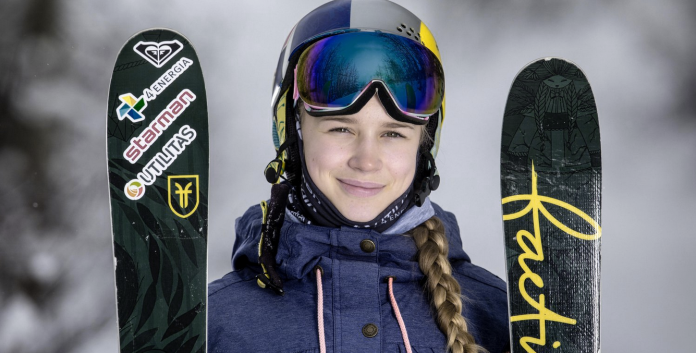 Kelly Sildaru is a freestyle skier from Estonia. She was slated to compete in the women’s slopestyle contest at the Winter Olympics in 2018, but an injury prevented her from doing so. Even though she was didn’t compete in the Olympics, she is still well known for being the youngest woman to take the home the gold twice at the X Games.

How Did Kelly Sildaru Got Famous?

Kelly was born on February 17th, 2002 in Tallinn, Estonia. Despite not having mountains in the area where she grew up, she still nurtured her love of skiing and winter sports. She told the Denver Post that she practiced on a 100-meter hill close to her house. In 2011, she began to compete, and she awed everyone who saw her ski. She is known for her tricks and speed on the slopes.

In 2015, Kelly was only 13 when she competed in the Dew Games in Breckenridge.  and took home the gold. She beat out people who were 10 years older than her. After that, she participated in the 2016 & 2017 Winter X Games, the European version of the Winter X Games, and the World Cup 2017 in New Zealand. Since she won the slopestyle event, she was supposed to move onto the 2018 Winter Olympics. However, she injured her knee and was unable to participate.

Kelly Sildaru Snapchat Name – Kelly is not currently on Snapchat.

Kelly has an official page on Facebook where she is followed by 61,895 people. She is a frequent poster to the platform. She recently posted about the Kelly and Henry nutrition bars, which come in flavors like caramel, triple chocolate, and apple pie.

She has only posted 22 times to her 22,000 followers on Instagram. The photos that Kelly shares are a fun mix of professional skiing photos, photos of her Kelly Bars business, and pics of herself training in between competitions.

Kelly runs a Youtube channel that she shares with her brother, Henry. The videos are a series of vlogs about their skiing championships. They have 15,906 subscribers to the channel. All of the videos are in English. The videos are all interesting – they tell the story of her knee recovery and the launch of the Kelly Bar company. Her video from February 2nd, 2018 shows Kelly walking through an Estonian supermarket and seeing her bars there for the first time.