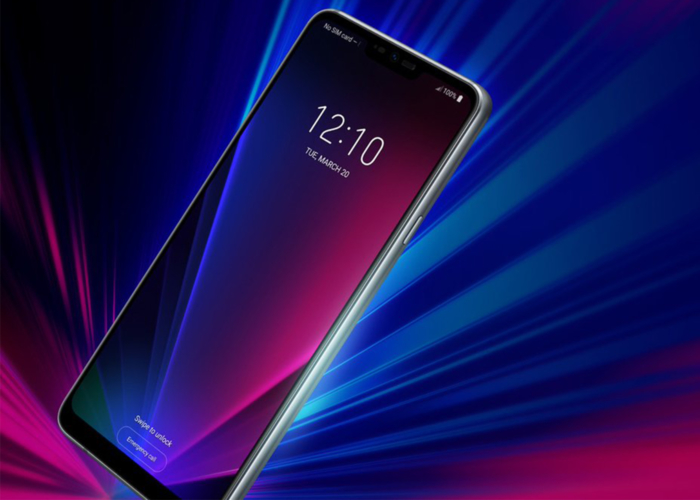 LG’s upcoming phone, the G7 ThinQ, has appeared in a leak once again and it confirms what we’ve seen from other images in recent weeks. The latest image comes from popular mobile leaker Evan Blass, who posted an image of the front of the device on Twitter.

The image shows a device with nearly all screen on the front and the notch that’s been rumored for quite some time now. At first, it is difficult to see the notch since the colors of the image are a little dark. On the left and right though, we can see the sim card and battery status.

We can see why the phone has drawn a lot of comparisons to the iPhone X. The notch along with that giant display makes it seem like Apple’s premium phone. The phone does have a bottom bezel, making it the only noticeable difference between LG’s and Apple’s phone.

Earlier this month, images from TechRadar also showed the front of the LG G7 ThinQ. The images revealed a little less about the smartphone since it was covered by a protective case. The images do show the notch with a LED notification light and a front camera.

The LG G7 was rumored to be coming to MWC 2018 but reports later ruled out its appearance. Reports later revealed that the company was instead going to launch a new version of the LG V30 with a few extra features.

Several questions surfaced on the LG G7’s future but reports later brought interesting information about the series. Those reports revealed that the LG G7 had actually made a secret appearance at MWC 2018. The pictures of the phone showed a device similar to what we’ve been seeing from the recent leaks. At the time, the device was known as the LG G7 (Neo). One image also showed the back of the phone, which has a vertical dual camera in the top middle and a fingerprint sensor under it.

Evan Blass did not give any details on the description of the tweet, which only has the phone’s name. LG’s phone is said to be launching in the US on May 2, so we won’t have to wait very long to find out about its specs and new features.

What do you think about the recent LG G7 ThinQ images? Let us know in the comments.