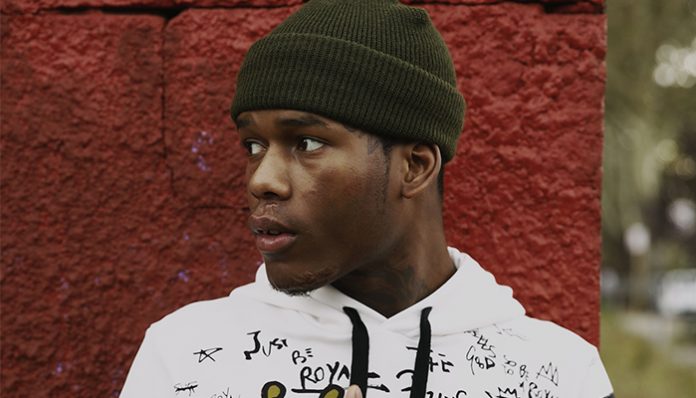 An up-and-coming rapper, Lud Foe initially rose to fame with the release of his singles Cuttin Up and Im Da Man in 2016. Since then, the Chicago native has churned out several additional hits such as In and Out, What’s The Issue, and 187, the last of which has been played over 15 million times on YouTube.

Co-signed by Lil Durk, the twenty-something has laid out a number of mixtapes over the past few years; these include No Hooks, Welcome 2 Chiraq: Lid Foe Edition, and #GetWellFoe, among a few others. As far as collaborations go, he’s worked with artists such as Jeremih, Chance the Rapper, PnB Rock, and Lil Breeze, to name a few.

How is he doing for himself in the rap scene nowadays? How much has the 21-year-old managed to bank from his music efforts? According to certain websites, Lud Foe’s 2018 net worth is said to stand at $1 million. Below, we’ll be taking a look at some of his streams of revenue.

How did Lud Foe Make His Money & Wealth?

Born on July 15, 1996, in Chicago, Illinois, Led Foe has been making an impression on the rap scene since 2015. Prior to his breakthrough, he and fellow rappers Lil Bibby, Toni Romiti, RondoNumbaLine, and several others, posted their music to a collaborative channel called Elevator. From there, he eventually gained more exposure after his song, Cutting Up Remix was featured on OVO Sound Radio in 2016.

Later that year, the rapper released his debut mixtape, Welcome 2  Chiraq: Lud Foe Edition. Hosted by DJ Stacks and Young JD, it gave rise to a number of tracks including I’m Da Man, Cuttin Up, and Collin With My Shooters. Perhaps the most noteworthy of all, however, is the title 187, which remains to be one of his most popular songs to date.

Prior to the end of 2016, the rap artist dropped a second mixtape titled, No Hooks. A 17-track project, it spawned many hits including What’s The Issue, Direct Messages, and Old Soul. Uploaded to SoundCloud, the playlist has since been played thousands of times on the site.

Continuing to carve an identity for himself, he dropped his next project, #GetWellFoe in early 2017. Well received, a sequel titled, #GetWellFoe Pt. 2 was later released a few months afterward. Some highlights from the two titles include Recuperate, Knock It Off, and Too Much.

Since then, he has also issued a sequel for his No Hook series. Produced by JustSpvnk, DY Crazy, and KidWond3r, among a couple of others, the mixtape has already accumulated millions of views combined; some of the most popular songs include Alphabet, Water, Suffer, and Recuperate (all with over a million streams each).

Considering his career as a rap artist, it’s likely that the majority of his earnings come from the above records. As his popularity continues to grow, he might even start to embark on concert tours around the world.

If you’d like to support Lud Foe directly, you can check out his official merchandise store here. At the time of this writing, he has a handful of sweaters available for sale. Remember to check back often for new items!

While he isn’t married, he was in a relationship as of 2017.

Does Lud Foe Have Any Children?

Yes, earlier this year, he welcomed a son named Jayden.

Did Lud Foe Go to College?

No, as far as we know, Lud Foe has not gone to college.

What is Lud Foe Famous For?

The Chicago rapper is best known for his 2016 hits Cuttin Up and Im Da Man, both of which have been played millions of times online.

Lud Foe currently lives in Chicago, Illinois. Unfortunately, that’s all the information we have on his location at this time.

What Kind of Car Does Lud Foe Drive?

Details on Lud Foe’s vehicle is unavailable at this time.

How Much Money Did Lud Foe Make Last Year?

At this time, we do not have any details on Lud Foe’s 2017 earnings.

While he hasn’t dropped any new songs this year, he did land a couple of features in King Fame’s Bang On’em and in DJ Stream’s Clean Up Man, the latter of which recently came out in April 2018.

A fan of his music? If so, why not give him a follow on social media? You can find Lud Foe on a few platforms such as Twitter (@Official_LudFoe) and Instagram (@Ludfoe_Boochiegang). For music and behind the scenes videos, don’t forget to check out his YouTube channel here.