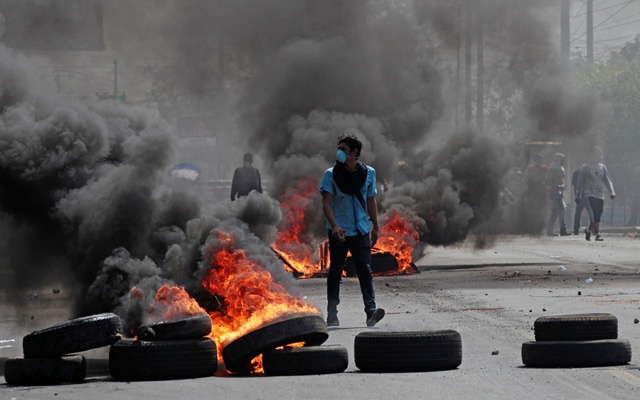 The US State Department has decided to pull some of its embassy employees and their families out of Nicaragua over the riots and looting that has happened in the last few days. They have also raised the threat level and asked Americans to reconsider any plans to visit the country.

The protests began just a few days ago after President Daniel Ortega announced a plan to reform Nicaragua’s pension plan. The announcement has angered many students, who have taken the streets to protest.

The situation has gotten out of control in some areas, with protesters blocking the streets. More than 20 people have lost their lives since the protests began last week. The students leading the protests want the president and his wife, who is the vice-president, to leave office.

The protests intensified during the weekend, with many residents joining and giving them support. In some areas, protesters have decided to block roads and burn tires. In other places, the situation has gotten out of control, with reports of looting in supermarkets and other businesses.

Mr. Ortega has sent in the army and police to control the situation. There are different reports on the number of deaths and injured since the protests began. The country’s Center of Human Rights says that at least 25 people have died. The Red Cross has reported nine deaths with more than 430 injured. There are also reports that many have been arrested.

On Saturday, a journalist was killed during a Facebook Live broadcast. Angel Gahona was covering a protest and describing damage to an ATM when a bullet hit him. The incident happened in the middle of clashes between protesters and police.

The protests began last Wednesday and some students have told that they will not stop until the president and his wife leave office. One student told the AFP that the protests are no longer just for the reform but also against the government denying freedom of expression, freedom of the press and to protest peacefully. He added that they believe there is no longer space for dialogue.

On Sunday, the president cancelled the social security reform that sparked the protests. During his announcement, he said that the board of directors of the National Social Security Institute had cancelled the changes that had taken effect on April 16. The US embassy in Managua has suspended its services to the public, except for emergencies or phone calls.