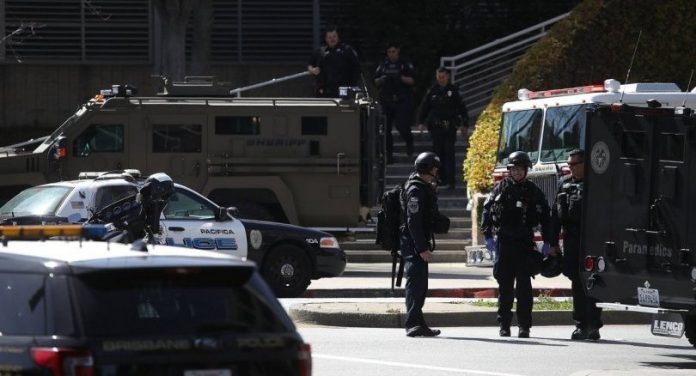 Police say the woman who opened fire at the YouTube campus on Tuesday was at a gun range hours before the shooting. San Bruno Police Chief Ed Barberini said that they know that she was upset with YouTube and that they have now determined that was the motive.

The shooting happened yesterday but police are now finding more details. They have revealed that she had been reported missing by her family on Monday. They say they had not been able to contact her since Saturday.

On Tuesday, police officers found her sleeping in her car. Police contacted her family to let them know that she had been found. Barberini said they are investigating reports that Aghdam’s family told authorities that she hated YouTube and might be at its headquarters. The San Bruno Police Chief added that she had gone into a gun range on Tuesday morning.

A few hours later, she went in the YouTube headquarters and began shooting with a  handgun that she had purchased. A few YouTube employees tweeted throughout the incident and later confirmed that they were safe.

In a video, a group of police officers were seen entering the building. Pictures taken by local media showed employees walking out of the building with their hands raised. Minutes later, authorities confirmed that she had taken her own life. Three others were injured but reports say two of the people were treated and released from the hospital on Wednesday morning. One remains in serious condition.

Barberini also said that she fired quite a few shots but that there is no signs that she was going for specific people and that there seemed to be no reason to what she was doing.

Aghdam’s family said to NBC News that she thought the video site was against the videos she was posting on it. Her father apologized for the attack on Wednesday and told reporters that he couldn’t believe it. He also said during a phone interview with NBC News that the video site had stopped everything and that she had no income.

Reports say she was also part of PETA but the group said earlier today that she had not been affiliated with them in recent years. In their statement, they said that she appeared at a few demonstrations about nine years ago but dropped out of sight later.