Rayjus and Bentley’s Pet Stuff After The Profit – 2018 Update 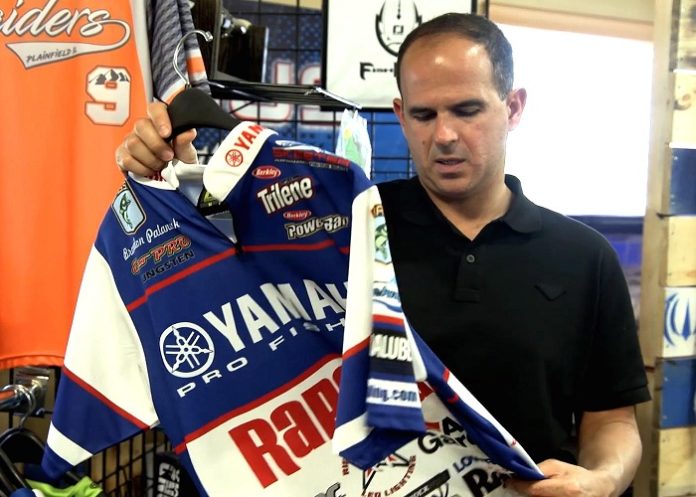 Rayjus and Bentley’s Pet Stuff Before The Profit

When Marcus Lemonis visited Illinois-based sports apparel company Rayjus in mid-2017, he hoped to be able to turn a struggling business into a roaring success, by tapping into the huge $35 billion a year sportswear market in the United States, but his positive outlook didn’t last too long.

Rayjus was launched by equal partners Ray Odim and Justin Romines back in 2009. Ray was an IT specialist with plenty of website designing experience, and a regular twice-weekly DJ slot on his own radio show and Justin had a career in sales, but the pair took the decision to set course for unchartered waters when they went into the sports apparel business in 2009. The reason for their sudden change in careers was their shared hobby, fishing, a sport that both men were fanatical about.

Rayjus and Bentley’s Pet Stuff on The Profit

When Marcus first entered the Rayjus warehouse in Morris, Illinois, it appeared to be more of a storage yard than a workplace, as several boats were scattered untidily about the place. But Marcus soon forgot about the boats as he realized the place was incredibly hot, with no air-conditioning. After wandering about for a while in search of the owners, Marcus eventually managed to track down Ray and Justin, in the air-conditioned office cubicles at the back of the building.

The pair explained about their mutual love of fishing, and how their business had launched on a positive note. Sales revenue of over $1 million a year on their range of customized shirts was great at first, but unfortunately, that level of sales only occurred during the fishing season, for the rest of the year unpredictable sales had resulted in climbing debts, and a need to find other sources of revenue.

The pair had obtained bulk contracts to manufacture items such as jock-straps, and lamb blankets, which Eric quickly explained were used at country fairs. Things got stranger when Marcus was introduced to the world of leg warmers for goats, which the company also produced. These obscure contracts kept some money coming in for Rayjus all year round, but the profit margins were low, and they took far more time to manufacture than the more profitable customized t-shirts

Marcus spoke to the staff working away in the sweltering warehouse, which Marcus likened to a ‘sweat-shop’, and he learned that Ray and Justin would disappear every Friday to go fishing. The disorganized state of the business became even more clear as he learned that the workers knew the company was struggling along every month, and even worse they knew that their paychecks were never guaranteed to clear.

Morale was bad at Rayjus, and Justin explained that the company was over $80,000 in debt to the IRS. Marcus felt the company was a house of cards, on the verge of collapse, and he also realized that Ray thought he and Justin were well-respected by the employees when the truth was very different.

Marcus’ impression of Rayjus had gone from bad to worse as he had found out more about how things were run at the company, but the final nail in the coffin was Ray’s admission that he played a character in his radio show of a ‘Sexist, racist and egotistical pig’. Marcus stared in disbelief wondering if Ray had really said that out loud, as Ray just dug an even deeper hole by stating that he just said the things ‘That other people didn’t have the balls to say’. Marcus admitted that he had become uncomfortable very fast, and as he believed you were who you did business with, he had no intention of taking the bait, by going into business with the fishing fanatics of Rayjus Sports Apparel.

With Marcus leaving Rayjus so quickly, the episode moved on to an update of Bentley’s Pet Stuff, run by husband and wife team Lisa and Giovanni Senafe. In 2015 Marcus had invested $1.7 million into the business that was at the time called Bentley’s Corner Barkery. Since then the story of the re-named Bentley’s Pet Stuff had been one of continuous expansion and success. The company had grown from just eight locations in 2015 to over 80 by the time the update first aired in November 2017.

Marcus’ 40% share in Bentley’s had grown to be worth over $50 million from his initial $1.7 million investment, which at the time he had considered his biggest risk during an episode of The Profit. The update followed the businesses expansion plans and showed Marcus encouraging Giovanni to allow Lisa and the company employees to have a bigger say in the future of the business, as he had a tendency to dominate all discussions about acquiring new stores.

The Bentley’s Pet Stuff investment made by Marcus in 2015 was his biggest individual layout, and many business pundits at the time considered it to be his riskiest investment, but the incredible success of the company since then has proved that his decision was the right one, leading to his most profitable return from any investment on the show. But even a success story like Bentley’s Pet Stuff can bring unforeseen problems to an investor, and in March 2018 a legal battle began that looks to be a tightly fought and heavily contested one.

Rayjus and Bentley’s Pet Stuff After The Profit – 2018 Update

On March 20th, 2018, investor David Levy filed a lawsuit alleging that Marcus Lemonis, and Lisa and Giovanni Senafe, had engaged in unfair and oppressive tactics toward a minority shareholder. David Levy had invested $300,000 in the business back in October 2014, in exchange for a 30% stake, and he had invested a further $125,000 for an additional 3% stake the following year. In 2017 David Levy was offered $1 million in exchange for his remaining stake in the company, which had been diluted to just under 12% by the additional investment from Marcus Lemonis, but his lawsuit alleges that his share is now worth between $13 and $20 million.

With a long-drawn out legal process in the future between Marcus, Lisa and Giovanni and David Levy, the company continues to expand rapidly, and now in March 2018, the company has grown to over 80 locations. But you may be wondering what happened with Rayjus after Marcus’ short visit there, and surprisingly the company hasn’t closed, it’s actually managed to turn things around, at least a little, without Marcus’ financial help.

In an interview in January 2018, Ray Odim revealed that the extent of his weekly fishing trips with Justin was exaggerated and that he had also learned from Marcus’ advice, and had taken many of the problems highlighted on board. Perhaps most importantly for the poor ladies slowly wilting in the ‘sweat-shop’, air-conditioning is now in the budget at least, and it’ll hopefully be installed soon to improve the working conditions in the warehouse.

Marcus Lemonis received almost unanimous praise for his decision not to partner with Ray and Justin, mainly due to Ray’s radio show persona, whether an act or not, but Alpha Media, who employed Ray in his slot as ‘Crazy Ray’ on 100.7 WRXQ-FM Coal City, had already parted ways with Ray before the Rayjus appearance on The Profit had even aired. Ray has defended himself since the show, stating that his comments were taken entirely out of context, and he now hosts his own regular radio show, ‘Crayzraydio’ via the online streaming site Twitch TV, and he insists he never says anything that is racist or sexist.

The Rayjus business has received seven reviews on the Better Business Bureau website, but of the seven, six are generally negative, with complaints about customer service, poor communication and long waiting periods all being mentioned multiple times. In complete contrast, Bentley’s Pet Stuff have Yelp pages for most, if not all of their 90+ locations, and all of the ones I could find are filled with unanimously positive reviews, with glowing recommendations of the staff, and the high quality of customer service that is experienced by customers.