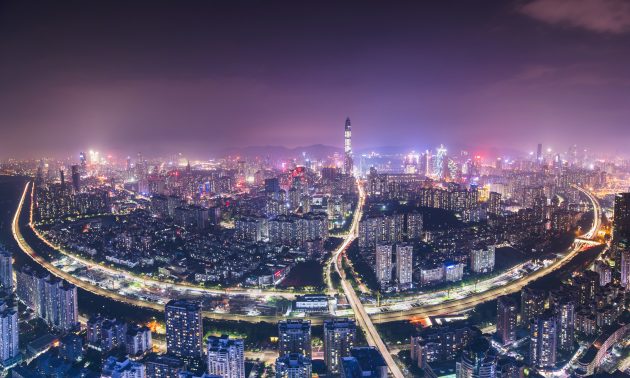 The city of Shenzhen will soon have a number of cameras that will help identify drivers that break road rules. Police in that city will launch the technology next Monday, making their job a little easier.

The city will add 40 cameras with advanced facial recognition technology to help identify the drivers breaking the rules. The cameras, which are known as ‘robocops’, will make things a lot easier for traffic police. They currently identify those who break the road rules through license plates but with the technology, they’ll be able to tell who is driving.

The cameras will be watching the drivers and those who break the rules will have their faces matched through a database. After that, the driver will receive a fine. Authorities hope this makes drivers think twice about breaking road rules in the city.

This technology is nothing new in China, where it is already being used by authorities in other cities. The technology to identify drivers is not available in every city yet but China has added millions of cameras in recent years and plans to install many more in the next few years.

Facial recognition technology in China has been on the news a lot lately after showing that it can be very good to help find those hiding from authorities and those who need help. Two weeks ago, the technology helped authorities find a man they had been searching for.

The impressive part about this was that the man was at a concert with a crowd of more than 50,000 people. The police, who had been searching for the man over ”economic crimes”, used the cameras at the entrance to identify him. Some of the cameras there were equipped with that technology, which let them know that the man was at the event. One police officer revealed that the suspect was surprised by the arrest since he didn’t think he would be caught with the large crowd.

A few days ago, the technology also helped a man find his family. The mentally ill man was found by authorities at a train station in early 2017. He was lost and confused and was then transported to a hospital, where he remained for over a year. During that time, the hospital contacted a company that works with this technology to find where he came from. The technology helped find where he lived and he was then reunited with his brother, according to the South China Morning Post.