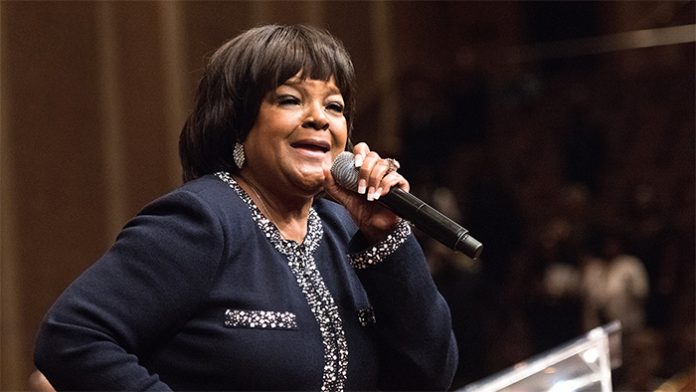 An award-winning gospel singer, Shirley Caesar’s music career has spanned more than six decades. Since she first began recording at the age of twelve, she has released over forty albums. Some highlights include Jesus, I Love Calling Your Name, Stand Still, and I Know the Truth. For her contributions to music, she received a Lifetime Achievement Award from The Recording Academy in 2017.

In terms of recent projects, she released two new albums over the past decade- Good God and Fill This House, the latter of which earned her a Grammy Award nomination. Later this summer, she will also be performing a number of shows in the U.S.

How rewarding has her multi-decade long career been? As a singer, how much has she earned throughout the decades? According to various sources, Shirley Caesar has amassed a net worth of around $16 million as of 2018. What are some of her most noteworthy records? We’ll be taking a closer look at her accomplishments below.

How did Shirley Caesar Make Her Money & Wealth?

Born on October 13, 1938, in Durham, North Carolina, Shirley Caesar took up singing as a young girl. Though she initially performed for family and friends, she later began recording at the age of twelve in 1951. Several years later, she launched her professional career as a member of The Caravans, one of the most popular gospel groups at the time.

For the next eight years, she performed with the group. It wasn’t until 1966, that she began to pursue a solo music career. Determined to make a name for herself in the music circuit, she released two albums titled, I’ll Go and My Testimony, both of which featured backup vocals from the Institutional Radio Choir. To make herself known, she also made guest appearances in a number of television shows.

By the 1990’s, she had won numerous industry accolades including seven Dove Awards for “Black Gospel Album of the Year.” Some of her albums from the 90’s include He’s Working it Out For You, Live…He Will Come, A Miracle in Harlem, and Just a Word.

Since then, a number of albums have been added to her catalog including You Can Make It, The Gospel Legends, I Know the Truth, and A City Called Heaven. Most recently, she came out with Fill This House in 2016.

If you’re a fan, you’ll also be happy to know that she has a few concerts planned for later this summer in Pennsylvania, Florida, and Illinois. For more information, be sure to check out her official website.

As you can probably expect from an award-winning singer, Caesar has made countless appearances on television. For instance, she has been featured in the shows Tavis Smiley, Good Day L.A., Joyful Noise, Legends Ball, and My Chapter and Verse, to name a few. More recently, she also performed at the 25th Annual Trumpet Awards.

Speaking of television, did you know that she as also acted on a few occasions? Some of her acting credits include the series The Good News, The Parkers and Family Time. According to IMDb, the singer will also be making an appearance in an upcoming drama called, 83 Days.

Yes, she was married to Bishop Harold Ivory Williams up until his death in 2014; he was 93 years old.

Does Shirley Caesar Have Any Children?

As far as we know, Shirley Caesar does not have any children.

Did Shirley Caesar Go to College?

Yes, she did. Sometime after completing high school, she attended North Carolina State University, where she studied business education; at the time, she aspired to become an evangelist.

What is Shirley Caesar Famous For?

Known as the “First Lady of Gospel Music”, she has released dozens of albums throughout her career including First Lady, Her Very Best, and Stand Still, among many others.

Unfortunately, we do not have any information on Shirley Caesar’s location at this time- nor do we have any photos of her home.

What Kind of Car Does Shirley Caesar Drive?

Details on Shirley Caesar’s vehicle are not available.

How Much Money Did Shirley Caesar Make Last Year?

Unfortunately, we do not have any information regarding Shirley Caesar’s annual salary.

As mentioned earlier, she will be making an appearance in an upcoming drama series called 83 Days, starring Danny Glover, Nadej Bailey, and Lucius Boston.

Did you know that she’s active on social media? You can find Shirley Caesar on Instagram at @PAstorCaesar or on Twitter at @PastorSCaesar. On Facebook, she also has an official Facebook page, which you can visit by clicking here.