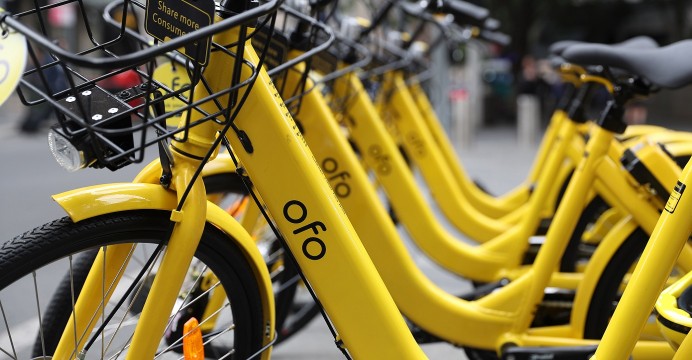 Mobike and Ofo, two of the biggest bike sharing companies in Singapore, have raised prices in the country, shocking users who believed the prices would remain the same as when the services launched.

Ofo announced last Monday through its official Facebook page that it would be bringing fresh prices. Mobike’s prices have also increased in the last few months and Channel NewsAsia contacted the company. Mobike’s Singapore Manager Sharon Meng explained that the Mobike Pass was introduced in November 2017 as a discounted introductory price. She added that they received extremely positive feedback during the promotional period, adding that the promotion ended in early March.

The price changes have shocked users, who now have to pay a lot more to continue using the service. One user told Channel NewsAsia that instead of using Mobike for another six months, she would rather use the money to buy a used bicycle. She purchased a six month pass in November for S$5 ($3.80) but recently learned that it will cost her S$50 ($37.99) to buy the same pass now. She regularly uses the service but the price increase has her thinking of other transportation options when the pass runs out.

She is one of many users who have complained about the increase in prices from the bike sharing companies. Ofo told Channel NewsAsia through an emailed statement that with the new Ofo pass pricing, they will be able to continue maintaining and expanding their fleet size to meet the demand.

An Ofo user who spoke to the news site said that she paid S$1.50 ($1.14) for a two month pass. The new prices now have the same pass at S$15 ($11.40). Some complain that the services never notified them about the price changes and that they only found out when they opened the app.

Ofo and Mobike provide a different way of transportation but the price changes now have some thinking about walking when their passes run out. Some do say they are okay with the increase since they regularly use the service. Singapore also has one of the highest car prices in the world, leaving bike sharing apps as one of the most affordable transportation options.

Mobike launched in Singapore back in March 2017, joining other bike sharing companies such as oBike and Ofo. In July 2017, the company launched bicycles with new features in the country. Ofo launched its service in Singapore in February 2017, bringing about 1,000 bikes to a few cities.