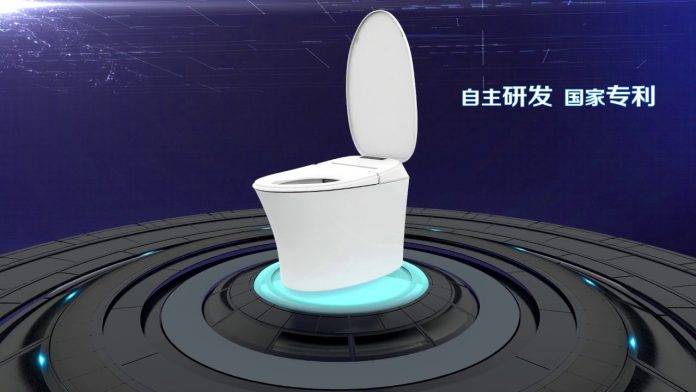 Smart toilets aren’t very common in South America but at least one country is now offering them. That country is Argentina, where two brothers decided to bring the technology after seeing it somewhere else.

The smart toilets work just like regular toilets but they also bring some interesting features. The iBath model brought by Julio and Martin Abancens, who first saw this technology while visiting Japan, isn’t cheap but those who have been waiting for this to arrive to Argentina finally have the chance to buy one.

The smart toilet looks like a regular toilet but it has a futuristic design. One of its main features is a small tube that sprinkles water to clean you. The smart toilet also cleans itself, so no wasting any time flushing it.

The smart toilet also brings a battery in case there is a power failure. There is also a remote control, where you can program the toilet to do a few things. One of the features allows the user to activate the toilet to use it as a bidet. Users can choose the temperature of the water, the pressure and the time. Users can also activate the drying option after the water.

The luxurious toilet also ends with the use of toilet paper since it washes you when you’re done. The toilet is also a little smaller, so it can be installed in pretty much every bathroom. The company that has brought this technology to the country doesn’t plan on stopping there. Martin Abancens said the company plans to make investments on this technology in the next five years.

The iBath toilet is currently available online in Argentina but those who plan on buying one should get their wallets ready. The toilet costs a whopping 41,000 Argentine pesos ($2,034).

Smart toilets are common in countries such as Japan, where the technology has gotten even better in recent years. Air drying, heated seats and automatic raising lids are just some of the common features found in toilets there. A report in late 2016 revealed that 80 percent of bathrooms in Japan have a smart toilet.