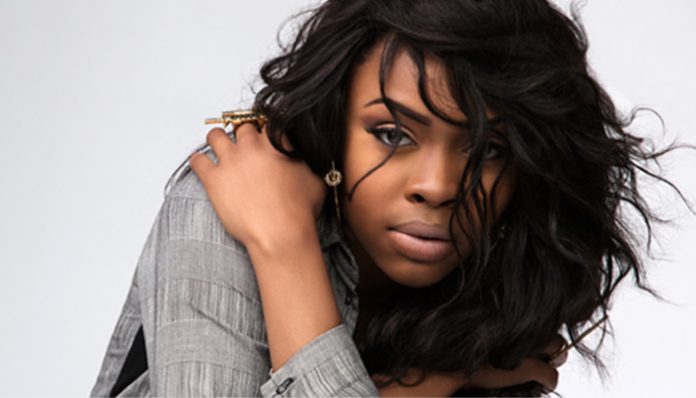 Hailing from Illinois, Tink has been churning out hits since the early 2010’s. Praised for her storytelling ability, she had released her debut mixtape, Winter’s Diary in 2012. In the years since, she has come out with several other projects such as Alter Ego, Boss Up, and Blunts & Ballads, among others.

Today, the rapper is perhaps best known for her singles, Million, Wet Dollars, and Don’t Tell Nobody. Her most recent release, Pain & Pleasure came out earlier this year in March 2018. Around that time, she also dropped a single titled, Breakin’ Me, which has since been streamed thousands of times online.

With all that, she’s delivered as an artist, how much has she earned over the past several years? How is her music career today? According to the information that we could find online, Tink’s 2018 net worth is an estimated $500,000. Where do most of the rapper’s income come from? We’ll be exploring this question below.

How did Tink Make Her Money & Wealth?

Born on March 18, 1995, in Illinois, Chicago, Tink was raised in Calumet City, where she developed a passion for singing at a young age. By the time she was eleven years old, she had started to pen her own songs, sometimes for her parents’ friends. A student at Simeon Career Academy as a teen, she not only participated in talent shows but was also an active member of the school choir. Later at the age of fifteen, she took up rapping.

In 2011, she launched her music career with the release of her debut mixtape, Winter’s Diary. The first of the Winter Diary’s series, it featured several tracks such as Wake N Bake, Gone For Good, April Showers, and At Night. Later that same year, she followed up with Alter Ego, and Bunts & Ballads. An improvement over her first mixtape, they were noted for their blend in rap and R&B styles.

In the years since she has released four additional tapes, three of which are sequels of her Winter’s Diary series (i.e. Winter’s Diary 2: Forever Yours, Winter’s Diary 3, and Winter’s Diary 4). Well received by fans, they had spawned a number of singles including I Like, H2O, Modern Wave, and Stay On It (Feat. Lil Durk).

Most recently, her debut EP, Pain & Pleasure was released as a digital download in March 2018. Her first project as an independent artist (she recently cut ties with Epic and Timbaland Records), the track listing included six songs: On to the Next One, Part Time Lovers, Faded, Get You Home, Signs, and M.I.A.

Considering her work as a rapper, a significant portion of her wealth would have come from the above releases. In addition to what she makes from her records, however, she has another source of revenue- concerts and shows. In fact, it looks like she will be embarking on a concert tour later this summer. For more information, be sure to check out her official website.

No, Tink is not married. In fact, it would appear that she is currently single.

Does Tink Have Any Children?

No, Tink does not have any children.

Did Tink Go to College?

No, Tink has not gone to college. Instead, she had decided to take up rapping full-time.

What is Tink Famous For?

Where Did Tink Live now? Photos of Tink’s House

According to her official Twitter bio, Tink currently resides in Chicago, Illinois. Further information on the rapper’s location is not available at this time.

What Kind of Car Does Tink Drive?

Details on Tink’s vehicle is not available at this time.

How much did Tink Make Last Year?

Unfortunately, information on Tink’s 2017 salary is not available.

As mentioned earlier, the rapper had recently dropped her first extended play, Pain & Pleasure on March 30, 2018. Her first release since she parted ways with Timbaland and Epic Records, it boasted six tracks, Signs, Get You Home, Part Time Lovers, M.I.A., Faded, and On to the Next One.

Want to know what she’s up to when she isn’t recording music? If so, why not follow the rapper on social media? For instance, you can find Tink on Twitter at @Official_Tink or on Instagram at @Official__Tink. If you haven’t already done so, be sure to subscribe to her YouTube channel for her latest music videos.