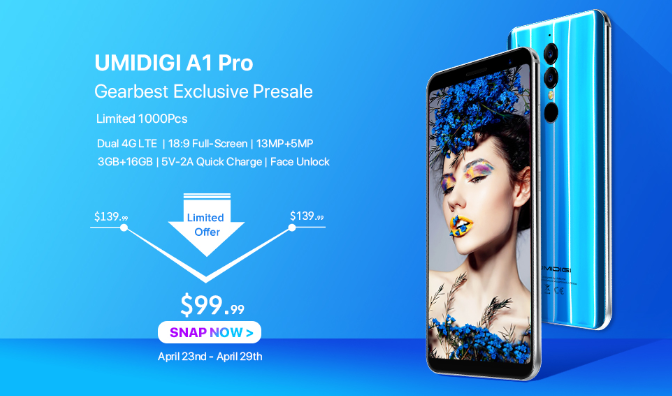 The UMIDIGI A1 Pro is having a presale promotion right now, which means you can get this new smartphone for $99.99. The promotion is running over at Gearbest, so there will be 1,000 units sold for this amazing price. The newest smartphone comes with the newest chipset which is the MT6739. We have evaluated the new smartphone and the new chipset, so keep on reading to learn what we have found out after our evaluation of the UMIDIGI A1 Pro.

The UMIDIGI A1 Pro uses the new chipset, which is the MediaTek MT6739. This new chipset was just launched earlier in April 2018. That means the A1 Pro is the first smartphone out with this new entry-level chipset. When it comes to the UMIDIGI A1 Pro, the sale at Gearbest going on right now would allow you to get this smartphone for $99.99. We have a Antutu geekbench testing video that we wanted to show you, so click here to view that video before we go any further with the details. 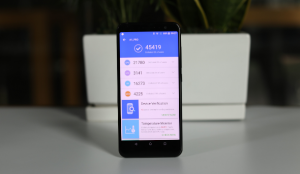 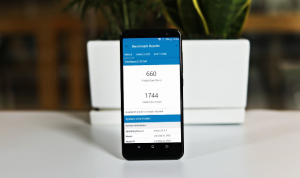 A lot of people are interested in how this new entry-level chipset performs, which is why we wanted to show you the benchmark tests and give you the evaluation information. It was promoted a lot more than the previous chipset, which was the MT6737. Only 1,000 units of the UMIDIGI A1 Pro are going to be on sale for the low price of $99.99. The presale at Gearbest is kicking off today, so you will need to hurry if you want to get this phone with this new chipset at this low price. If you are someone in need of a low-cost smartphone that has great performance, then look no more because the A1 Pro is it.

When you look at the official video that was released, you can see that this smartphone did pass the multi-task test. It runs on Android 8.1 stock version and it is very smooth and quick running this operating system. You will also see that the A1 Pro does also support dual 4G LTE, which means you can run both slots simultaneously. For the new chipset, this is an important feature and you will not see this on any other smartphone out right now. The overall score on Antutu was 45419. The RAM ran at 4225, with the UX being 16273. The CPU scored 21780 and the GPU scored 3141. The Geekbench score was 660 for single-core and 1744 for multi-core. 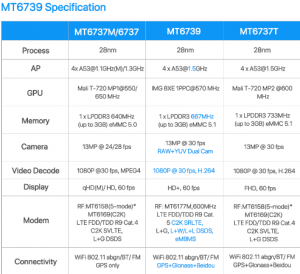 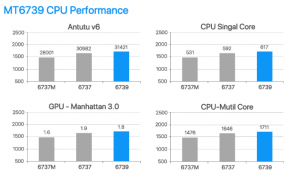 As for the A1 Pro, it is a really good smartphone that has a ton of great features. This smartphone was even just awarded one of the top five smartphones under $100 in April 2018, and you can read about that right here. The new MediaTek 6739 chipset is in this smartphone and it comes with 3GB RAM and 16GB ROM. Other specifications include a 5.5-inch HD display that runs on an 18:9 aspect ratio. If you remember the older 16:9 5-inch smartphones, then you will be able to visualize the size of this smartphone. There are dual cameras which are 13MP and 5MP, and this smartphone also has an 85 percent screen-to-body ratio.

There is also the face unlock technology that is used in this smartphone. You will find that instead of trying to be innovative and questionable with some design elements, this smartphone will also come with the regular headset mini jack. This means that you do not have to worry about there being an adapter to listen to music, since you will still have the same 3.5mm audio jack you have come to know and love. You will also be able to listen to regular FM radio on this smartphone. 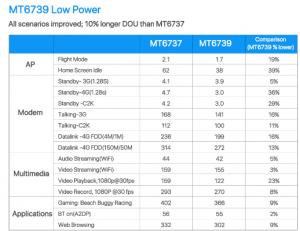 The deal right now is over at Gearbest where you can get this smartphone for $99.99, but it is a limited time offer. Only 1,000 units are available at this amazing price, which will expire on April 29. The price will go back up after this presale period which would bring the total price to $139.99, but that still is not bad at all for this smartphone. If you would like to pre-order your A1 Pro right now, click here to head to the official website. There are also more pictures you can look at, so click here to view those pictures.