What Happened to Seal’s Face? 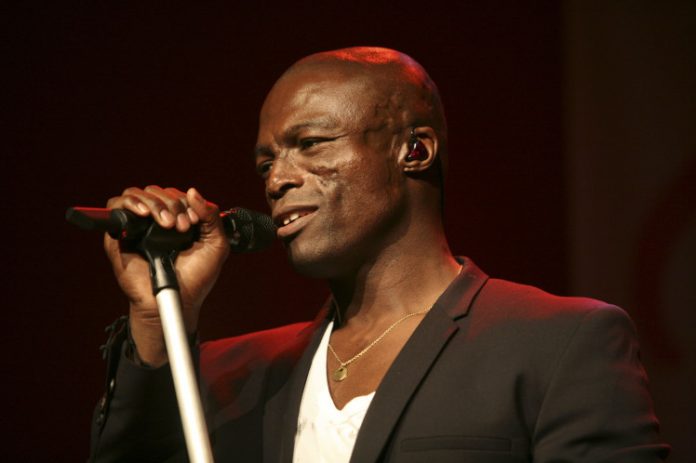 Seal has, for many years now, shown the world he has had a beautiful voice. Whether in concert or playing through radios across the world, his music has been the background for many a romantic or intimate encounter. However, those who have seen him live, or in pictures usually stop thinking about his voice and instead focus for a moment on his face. Was he burned? Was there an accident? Did he, as some rumors state, survive a wolf attack? Well, let’s find out.

As it happens, none of the above is true regarding Seal’s face. Burn scars tend to leave more distinctive color patterns than what we see on Seal, and a wolf attack, however legendary that might make the artist, would likewise not make him look the way he does. What has happened to Seal’s face is, in fact, the results of treatment and progression of a disease called Discoid Lupus Erythematosus. While we will go more in depth about this specific disease later on in the section “What is Discoid Lupus Erythematosus?” It is worth noting that a majority of Seal’s face disfigurement is actually likely to the surgical removal of muscle tissue segments to help alleviate other symptoms, and the disease may have contributed greatly to Seal’s bald look, which really isn’t half bad. As for Seal’s opinion of his scars, he readily admitted as a teen and young adult he hated the scars, but as time has gone on he has come to really like them. In terms of handling the pain associated with the disease, he has often chosen to do so publicly as a means of helping show others with similar scarring that they needn’t be ashamed of themselves and to bring about awareness of DLE.

First making waves in 1990 for the song “Killer”, Seal (born Henry Olusegun Adeola Samuel) first gained fame in his native England before crossing the pond with his debut album, Seal. Off the album, the songs “Killer” and “Crazy” ended up winning 3 awards at the 1992 Brit Awards, a first for the event. These were the Best British Male, Best British Video, and Best Album. He would follow up this success 2 years later with Seal II, which would be nominated for a Grammy under Album of the Year. During this time, Seal would be tapped to perform a song for the Batman Forever soundtrack, “Kiss from a Rose” which would likely be considered his defining song. Human Being would be the next album in 1998 which, while not terribly successful in impressing critics, did still get RIAA Gold within 2 months. There would be a 5-year gap between albums after this, but he did do vocals for the legendary Santana as well as sang a French duet with Mylene Farmer called “Les Mots”. While carrying an exceptionally fast album release schedule between 2003 and 2005, Seal would meet, date and eventually marry Heidi Klum, a marriage that would last from 2005 until 2014. During their marriage, the two seemed very in love, and according to Seal himself, got remarried on their anniversary every year by reciting their vows to each other at sunset on a private beach. While this may seem a bit extravagant, it matched much of the relationship, which included a marriage proposal in an igloo-like structure in British Columbia, that he built on top of a glacier. In the years after his marriage, he has released several new albums, the most recent of which is called Standards and was released in 2017. While making charts globally, it has yet to hit the United States Charts.

What is Discoid Lupus Erythematosus?

Discoid Lupus Erythematosus (known from here on out as DLE) is a subgroup of Chronic (long-lasting) cutaneous (affecting the skin) Lupus Erythematosus (an eruption of red lesions). It is described as an autoimmune disease that’s suspected to be hereditary in origin, and while very rarely lethal, can often cause severe amounts of pain and muscle atrophy. The typical treatment of DLE is done through corticosteroids, antimalarial agents and when warranted, immunosuppressive treatments (though this can be risky). DLE typically shows red, scabbed lesions around the mouth, face, and head, and in its early stages may, in fact, be identified by dentists who can notice lesions indicative of the disease well before facial lesions occur. Typically, the earlier one is diagnosed and begins a treatment cycle to manage DLE, the less physical deformations will occur. That being said, hair loss is very common even with early treatment. As a final note, Lupus and in particular DLE is not contagious.