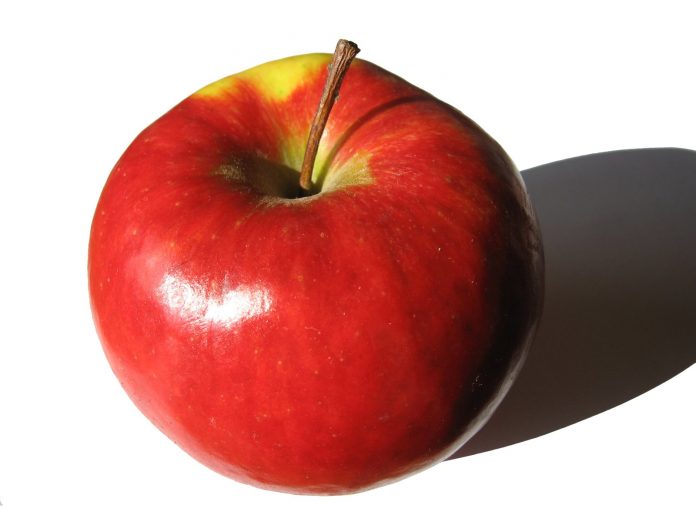 A woman is facing a big fine after bringing an apple from her flight through US customs. The apple was given to her during the flight as a free snack but she decided to keep in her bag for later.

US customs agency found the apple in her bag during a random search in Minneapolis. Crystal Tadlock, who was traveling from the United States to Paris, kept the fruit in her bag and was saving it for another flight. The apple, which was given in a Delta Air Lines bag, was not removed from it and Ms. Tadlock decided to place it in her baggage.

US customs agency found the apple and Ms. Tadlock told them that she had received the fruit from the airline. She asked what to do with it but the agents instead decided to give her a $500 fine over it. Ms. Tadlock recently posted a meme on Twitter telling people not to take the apple from Delta Air Lines.

Ms. Tadlock isn’t happy over the fine and the treatment she received during the incident. She told KDVR-TV that she was asked if her trip to France was expensive and she responded by confirming that it was. She didn’t get why the agent was asking that at first but he replied that it was about to get more expensive after they charged her $500. She added that it is really unfortunate that someone has to go through that and be treated like a criminal over a fruit.

Ms. Tadlock said to CBS Denver that she travels regularly and had visited the country after winning a trip. She is now planning to take the matter to court since she thinks she does not deserve a $500 fine over an apple that the airline gave her. A Delta Air Lines spokesperson said to CBS Denver that they encourage their customers to follow US Customs and Border Protection protocols and that the fruit in question was part of an in-flight meal meant to be eaten on the plane.