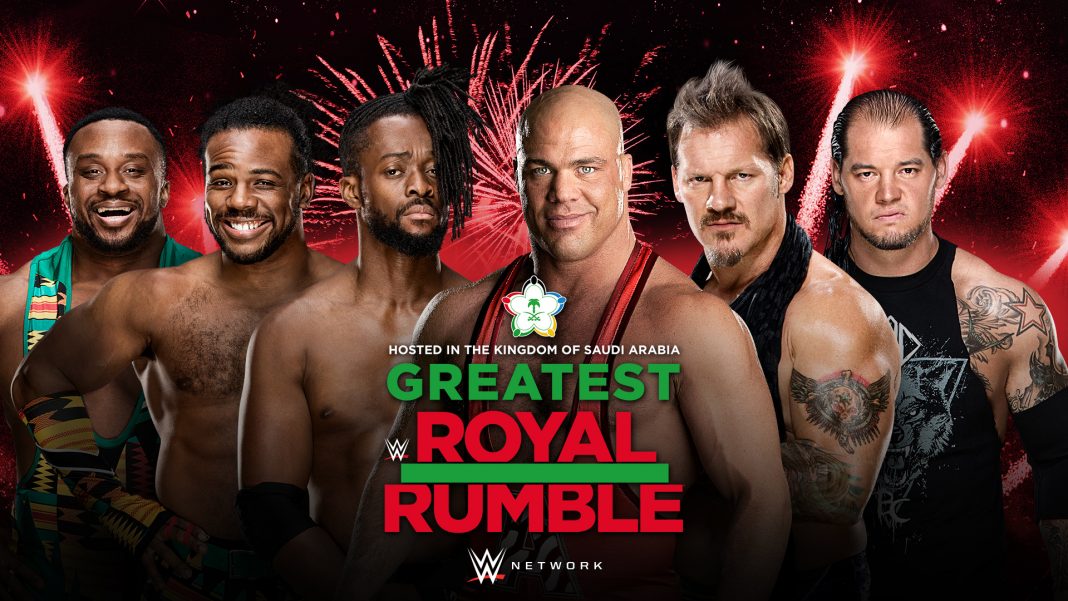 Here is the match card and all the predictions for the WWE Greatest Royal Rumble: 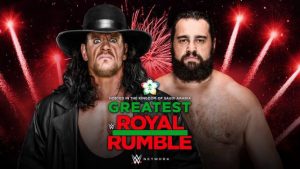 The Undertaker vs. Rusev

The Undertaker vs. Rusev match was scheduled days after WrestleMania 34 but there was a surprising change shortly after that. Rusev was replaced by Chris Jericho, leading to rumors that Rusev was leaving the company. Days later, WWE put Rusev back in the match and Jericho back to the Royal Rumble.

Prediction: The Undertaker wins this match. Not only is this a casket match but this will probably be one of the few appearances that The Undertaker makes in 2018. I just don’t see him losing here.

Brock Lesnar vs. Roman Reigns part three will take place at this event. Lesnar won the last one and the one before finished with a different winner when Rollins cashed in his Money in the Bank briefcase at WrestleMania 31.

Prediction: I think Lesnar will win and continue his dominant run as WWE Universal Champion.

John Cena and Triple H are coming off losses at WrestleMania 34. There is no story behind this match but it will be a good watch as they have both had solid matches in the past.

AJ Styles and Shinsuke Nakamura met at WrestleMania 34, with AJ Styles winning. After the match, Nakamura hit AJ Styles with a low blow. Nakamura has continued doing the same in the most recent episodes of WWE SmackDown.

Prediction: Nakamura wins and becomes the new WWE Champion. I think this feud will continue for a while, no matter the result. 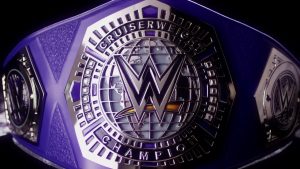 Cedric Alexander won the WWE Cruiserweight Championship at WrestleMania 34 but his next opponent has not been announced. The Cruiserweight division has plenty of superstars, so it will be interesting to see who is added to the match.

Matt Hardy and Bray Wyatt vs. Sheamus and Cesaro

Matt Hardy and Bray Wyatt are now a tag team after feuding for months. The two will be facing the former WWE Raw Tag Team Champions Cesaro and Sheamus, who were recently moved to the WWE SmackDown roster.

Prediction: Cesaro and Sheamus are now on SmackDown so I think this gives away the win for Matt Hardy and Bray Wyatt.

Seth Rollins vs. Samoa Joe vs. The Miz vs. Finn Balor

Seth Rollins will be putting his WWE Intercontinental Championship on the line against Finn Balor, Samoa Joe and The Miz. Rollins, Balor and The Miz faced each other at WrestleMania 34, with Rollins leaving as the new champion.

Prediction: Samoa Joe and The Miz recently joined the WWE SmackDown roster, so I don’t think they’ll be winning the title. I think Rollins will win but I wouldn’t be surprised if Balor wins the title in the future.

The Bludgeon Brothers vs. The Usos

Jeff Hardy, who recently joined WWE SmackDown, will be going up against former WWE and US Champion Jinder Mahal. This is a rematch of what happened after Jinder Mahal arrived to WWE Raw in the superstar shakeup.

Braun Strowman, Daniel Bryan, Chris Jericho, Kurt Angle and Baron Corbin are just some of the participants confirmed for the Royal Rumble match. WWE hasn’t revealed what the winner of this match will get. The Royal Rumble winner usually gets a title opportunity at WrestleMania.

Prediction: Braun Strowman is looking like the early favorite for this match. Less than half of the 50 participants have been confirmed for the Royal Rumble but Strowman has been nearly unstoppable since making his main roster debut. I could see him winning and maybe getting a title opportunity against Lesnar or whoever is the WWE Universal Champion for the next PPV.