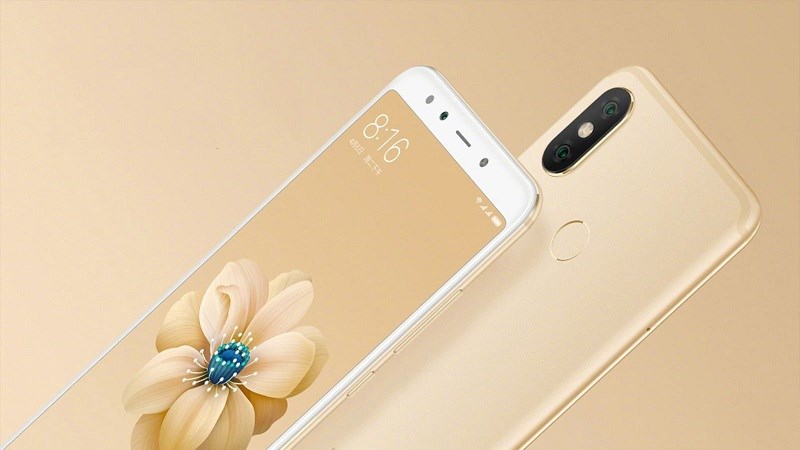 Recent leaks and teasers from Xiaomi have given us plenty of information on the design and specs of the upcoming Mi 6X. The latest leak is quite interesting as it shows the phone in a video.

For months, we’ve seen the phone in images but this video now gives us a closer look on the smartphone that is said to be coming on April 25. The video, which was posted on Weibo, shows all of the device. The video is just nine seconds long but the person holding the phone shows the display, settings and the back of the device.

During the video, we see the person go on the settings and show some of the specs. We also see the dual camera and fingerprint sensor on the back. This device appears to have the Sand Gold color, one of five color options rumored to be coming in the launch.

Earlier this month, the company posted a new teaser showing the back of the phone. Before this teaser, we all knew that the company would be holding an event on April 25 after it sent out invites. The device for the event had not been announced but this pretty much confirmed it.

In the teaser, we see the dual cameras and a different color option from the one in the latest leak. It’s also confirmed that the dual camera setup will have a 20MP sensor. That teaser was also posted on Weibo.

Just a few days ago, we also found out that the smartphone will have five color options. According to recent leaks, the color options will be: Black, Flame Red, Glacier Blue, Sand Gold and Cherry Pink. The color options are a nice change for Xiaomi since we don’t often see the company bring this many different color options for a smartphone. Two of the most common color options, silver and white, appear to have been left out for this release.

The launch of the Xiaomi Mi 6X is said to be taking place tomorrow. Xiaomi will probably reveal the price at the event but rumors say it could be under $300. The smartphone is expected to arrive globally as the Xiaomi Mi A2.

Are you planning to get this smartphone? Have you ever bought a Xiaomi smartphone? Let us know in the comments.