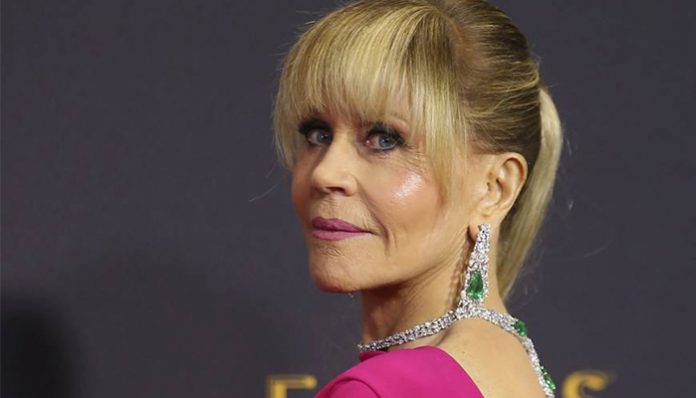 A two-time Academy Award winner, Jane Fonda has starred in numerous films over the past several decades including Klute, 9 to 5, and The Dollmaker, to name a few. Though she announced that she would be retiring from acting in the early 1990’s, she later made a comeback in the box office hit, Monster-in-Law in 2005.

In addition to her Hollywood career, she has worked on several Broadway productions such as There Was a Little Girl and 33 Variations.  Not only that, but the legendary screen star has also released a series of exercise videos. Incredibly popular, more than 17 million copies have sold worldwide.

How well-paid is the film star? Is it fair to assume that she’s wealthy, based on her long list of achievements? How rich is she? According to various sources, Jane Fonda’s current net worth hovers at around $200 million. Where did the majority of her fortune come from? Let’s have a look below.

How did Jane Fonda Make Her Money & Wealth?

Born on December 21, 1937, in New York City, New York, Jane Fonda caught the acting bug in her late teens, after appearing in a production of The Country Girl at the Omaha Community Playhouse. By the early 1960’s, she had appeared in a few films including Tall Story, Walk on the Wild Side and The Chapman Report.

By the end of the decade, she had received her first Academy Award for her portrayal in They Shoot Horses, Don’t They?. Continuing to act into the 1970’s, she went on to star in a number of movies, some of which include Coming Home, Klute, The China Syndrome, and Julia.

Several years later in 1984, she received a Primetime Emmy Award for Outstanding Lead Actress for her portrayal in the TV film, The Dollmaker. From there, after three decades in film, she announced her retirement in the early 1990’s. Ultimately, it wasn’t until the mid-2000’s that she made a comeback in the romantic comedy, Monster-in-Law.

Since her return to film, Fonda has appeared in many titles such as The Butler, This is Where I Leave You, and Youth, the last of which earned her a Golden Globe Award nomination for Best Support Actress. Most recently, she starred in the film, Our Souls at Night in 2017. For her contributions to cinema, she received an AFI Life Achievement Award in 2014.

As far as television appearances go, she has been playing one of the titular characters in Grace and Frankie since 2015. Not only is she a member of the main cast, but she’s also worked behind-the-scenes as one of the show’s executive producers. Perhaps her most notable role in the recent years, her portrayal of Grace Hanson has garnered her several accolades including a Primetime Emmy Award nomination for Outstanding Lead Actress.

In addition to her acting career, Fonda’s also known for her series of exercise videos. Since the early 1980’s, she has released well over a dozen titles- the latest of which came out in 2012.

As far as we know, Jane Fonda is currently single. Married three times in the past, her ex-husbands include Ted Turner, Roger Vadim, and Tom Hayden.

Does Jane Fonda Have Any Children?

Yes, she has three grown children.

Did Jane Fonda Go to College?

Yes, sometime after graduating high school, she attended Vassar College. Even prior to that, however, she had become interested in acting.

What is Jane Fonda Famous For?

Jane Fonda is best known for her film career, which spans multiple decades. Some of her noteworthy credits include They Shoot Horses, Don’t They?, Coming Home, Klute, The Morning After and Julia.

As far as we know, Jane Fonda currently lives in New York. Unfortunately, that’s the extent of our information.

What Kind of Car Does Jane Fonda Drive?

Details on Jane Fonda’s vehicle are not available.

How Much Money Did Jane Fonda Make Last Year?

At this time, we do not have any information on Jane Fonda’s annual salary.

As mentioned earlier, she has been starring as one of the titular characters in the sitcom, Grace and Frankie since 2015. According to IMDb, she will be playing a role in an upcoming film called Book Club sometime later this year.

As far as other television appearances go, she was featured in The Ellen Degeneres Show, and Entertainment Tonight earlier this year.

Want to know what she’s up to? Why not follow Jane Fonda on social media? You can find her on Instagram and Twitter at @JaneFonda. For the latest news and announcements, don’t forget to also check out her official website at janefonda.com.