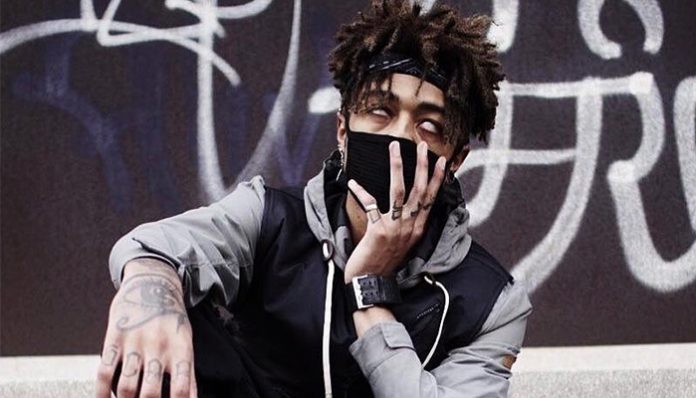 An online personality, Marius Listhrop initially rose to fame for his YouTube channel, TheMazziMaz. Known for his comedic videos, he has amassed more than 670,000 subscribers to date, though his channel no longer appears to be active. At the peak of his career, he often collaborated with other YouTubers such as the Jake Boys and Caspar Lee.

In the recent years, the twenty-something has also enjoyed success as a rap artist. Since his music debut, he has released several albums including Cabin Fever, Rxse, and DXXM. As of 2018, his most popular single Heart Attack has been played over 4.4 million times online.

How much money did he earn from his vlogging days? How successful is he as a rapper? According to various sources, Marius Listhrop’s current net worth is an estimated $500,000. What contributes to his overall income? What are some of his most noteworthy projects? Let’s have a look below.

How did Marius Listhrop Make His Money & Wealth?

Born on June 19, 1994, in Wolverhampton, England, Marius Listhrop is the older of the two siblings; he has a younger sister named Claire. At the age of eighteen, he launched his YouTube channel, TheMazziMaz. Within a few years, he had earned himself a reputation for his comedic videos. By the time he decided to delete his videos (in attempts to create a new image for himself), he had over 670,000 subscribers. Considering the audience that he had, it’s likely that he had pulled in some decent ad revenue from his channel.

From there, he started his musical journey as a member of the rock band, Myth City. During their time together, they recorded several tracks including I Know You, The Vendetta, Shake Call Them In, and Fracture.

Following that, he decided to pursue a solo music career. Under the name, “Scarlxrd”, he released a few albums in 2016 including Sxurce Xne, Savixur, Annx Dxmini, and Scar Lord, though he’s since deleted his debut effort. Shared on SoundCloud, each of these projects (with the exception of the first) has picked up thousands of plays online.

Since then, the rapper has continued to put forth new music. Last year, he released three albums titled, Cabin Fever, Chaxthexry, and LxrdSzn. Some notable highlights include the songs Bane, Wxrk, Let Me Knxw, King, Scar, Chain$aw, and Heart Attack, the last of which remains to be his most successful track to date, with over 4 million streams on YouTube.

As you can probably expect, it’s likely that his musical releases yield him a decent amount of income. On top of that, concerts are another big source of revenue for the rapper. In fact, he will be embarking on a tour later this summer; some of the countries that he’ll be hitting up include Poland, Norway, Sweden, Denmark, Lithuania, and Belgium, among many others. For more information, be sure to visit his official website at scarlxrd.com.

Speaking of his website, did you know that he has a variety of merchandise available online? That’s right- you can show your support for the artist by purchasing items such as hoodies, and t-shirts. To visit his store, click here.

As far as we can tell, Marius Listhrop is currently single.

Does Marius Listhrop Have Any Children?

No, Marius Listhrop does not have any children (that we know of anyway)

Did Marius Listhrop Go to College?

Unfortunately, we do not have any information on Marius Listhrop’s education background at this time. As far as we can tell, he has not continued his education in college.

What is Marius Listhrop Famous For?

Marius Listhrop initially gained fame for his YouTube channel, TheMazziMaz. Since he deleted all of his videos, he has been making himself known as a rapper under the name “Scarlxrd.”

From what we can tell, Marius Listhrop currently lives in England. Unfortunately, that’s all the information that we have available at this time.

What Kind of Car Does Marius Listhrop Drive?

Details on Marius Listhrop’s vehicle are not available.

How Much Money Did Marius Listhrop Make Last Year?

At this time, we do not have any information on Marius Listhrop’s annual salary.

So far this year, he has released a few new singles including Bands, We Waste Time Faded and A Braindead Civilization. In addition to that, he has also been featured in Muppy’s Errxr and Breakdxwn.

As mentioned earlier, he will also be touring across Europe later this summer.

What’s the rapper up to nowadays? Find out by following him on social media- Marius Listhrop aka Scarlxrd can be found on Instagram and Twitter at @Scarlxrd. On Facebook, you can also show your support by liking his official fan page here.