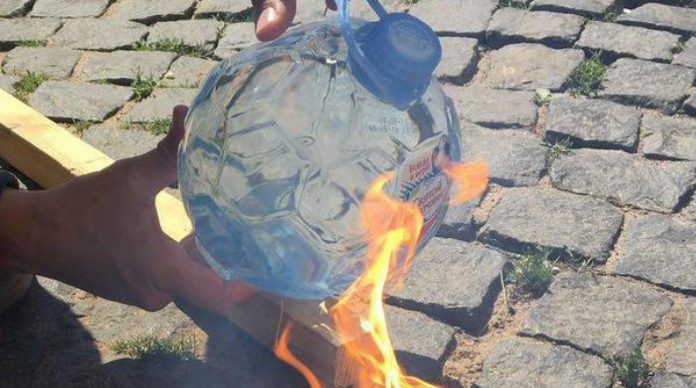 The 2018 World Cup is less than two weeks away and companies in Russia are working hard to release products they can offer to tourists and residents during the tournament. There are many companies trying to capitalize on the famous tournament but one company has a big problem with one of its World Cup themed products.

Svyatoi Istochnik, a company that sells bottled water, came up with a cool design for its World Cup themed water jugs. The water jugs look like a soccer ball and can be easily carried since they have a handle just like regular water bottles we buy on the supermarket.

Water Jugs Have One Problem

There is one big problem with the design when the water jugs are left on the sunlight. The design of the water bottle turns it into a magnifying glass, burning whatever is near or placed on.

Experts see why the design can lead to fires and some people have actually tested to see how fast it can start fires. The Moscow Times posted a video showing that the water bottle turns into a magnifying glass. In the first test, the water jug is used to light a box of matches. The second part of the video shows two water jugs sitting on a wood floor. One of the water jugs appears to be out of the sunlight while the other, which is right on the sunlight, is burning part of the wood floor.

The tests and news have led to a response from the water company, which did not say anything about discontinuing the product. A spokeswoman for the company said the bottle’s label mentions that customers must store the bottles at room temperatures and away from the sunlight.

The ball shaped water jugs are just one of many products that have a World Cup theme. A manager at a plastic container manufacturer told local media that there are regulations on the packaging but not on the shape. The manager added that the shapes can be different but that the shape used by the company is rare because they’re difficult to transport and take more space.

The 2018 World Cup will begin on June 14 with a match between Russia and Saudi Arabia at Luzhniki Stadium. Russia, the host of the tournament, is in Group A with Saudi Arabia, Egypt and Uruguay.