Woman Rushed To Hospital After Acid Attack In South London 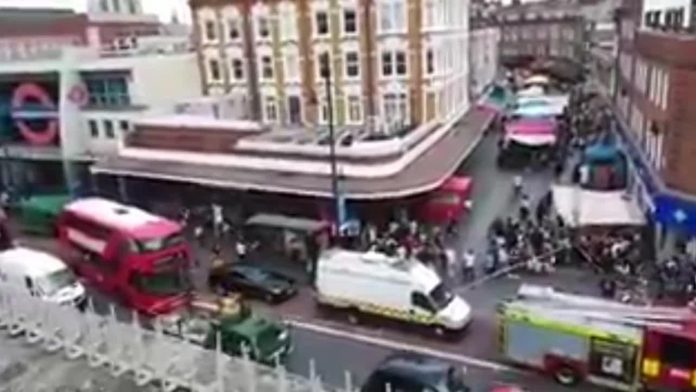 A woman has been rushed to a hospital after an acid attack in Brixton. Lambeth MPS tweeted that police were called to Brixton Road at 13:45 after reports of a woman being the victim of a noxious substance attack.

Lambeth MPS later tweeted that the woman injured on the bus was taken to a hospital. The tweet adds that her condition is not life threatening or life changing. The tweet finishes by saying that this appears to be targeted and not a random attack.

Reports say the woman was hosed down by emergency teams after the attack. Some witnesses took social media to write about what happened. The incident comes just a few days after another incident left three people injured.

On Sunday, three men were taken to a hospital after a suspected acid attack. Police say the victims were hit with a noxious substance. They were called just after 5 a.m. on Sunday.

Some of the attacks have left victims with serious injuries. In April 2017, a woman suffered serious injuries in her face when she was sprayed at a nightclub. The incident, which happened in east London, also left others with burns.

ASTI says the country has one of the highest rates of acid attacks in the world. Their figures show that the acid attacks have more than doubled since 2012. In that year, there were 228 attacks reported. Four years later, the number of reported attacks had risen to 601.

In November 2017, police arrested teenagers suspected of being involved in an acid attack that left a delivery driver with serious injuries on his face. The BBC reported that the driver was injured when the men tried to take his moped. The driver suffered injuries to his eye and throat.

The arrests were made shortly after the attack happened. Police later revealed that another attack, also involving a delivery driver, may have been linked. Police said that one of the delivery drivers was sprayed with a substance. The attacks happened in a span of 30 minutes.