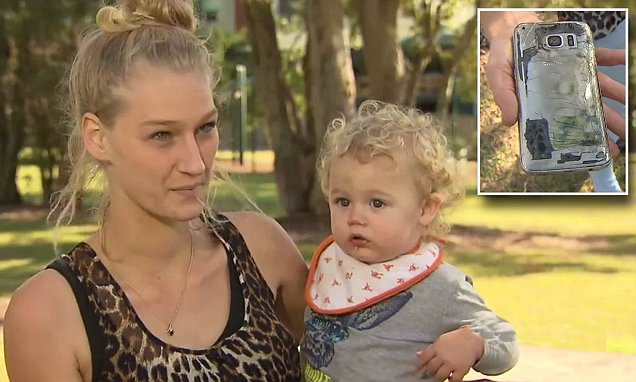 A Queensland mother suffered a scary incident when using her Samsung Galaxy S7 but she is thankful that the phone wasn’t in her son’s hand. Yani Barwick had recently bought the smartphone second-hand from a friend.

She began using the smartphone but felt that it was a little too hot to be in her hand. The phone eventually got too hot and she decided to drop it in her yard. The smartphone began sparking and smoking shortly after.

The smartphone was completely destroyed, with the majority of the screen burned by the flames and explosion. Ms. Barwick had just bought the smartphone but she is thankful that her son was not holding it at the time.

The woman got out of her car in time but the vehicle was destroyed. Her lawyer confirmed to the news site that they had contacted the company and that they had sent a group of people to examine what was left of the fire.

In late 2016, reports said that Samsung lost billions of dollars during the Galaxy Note 7 disaster. The phablet was released to great reviews from tech sites but reports on fires and explosions began surfacing just a few weeks later. The incidents led to a recall from the company. Samsung replaced the affected smartphones with new and safe units, which also ended up having the same problem. The incidents continued and the company decided to discontinue the device shortly after.

There has also been reports of other Samsung phones bursting into flames. In one incident, a different Samsung phone exploded in the pocket of a man’s shirt. In another incident, a Samsung phone caught on fire during a flight. The situation was controlled when the flight crew brought a fire extinguisher.