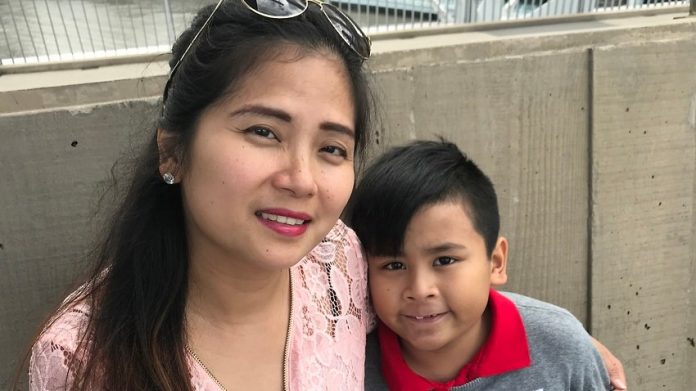 A single mother living in Australia has three weeks before she is deported with her two daughters. Bernadette Romulo was given a deportation order and will be separated from her son, who is an Australian citizen.

Ms. Romulo has asked the government not to deport her and her two daughters, who are from a previous relationship. Her daughters, aged 12 and 13, have lived in the country for 11 years. They were given a deportation order with Ms. Romulo after their application for permanent residency was rejected.

In the last few months, the single mother has asked the government not to deport her and her daughters to the Philippines. Ms. Romulo made an appeal but her case was dismissed. The government has given her several extensions to remain in the country.

The case has received media attention in Australia but Ms. Romulo was told just a few days ago that she must leave the country by July 11. She was also told that she must show proof of the plane tickets by July 5.

Ms. Romulo has also been given a three year ban from entering the country. Her Australian son is eight years old, so he will be 11 when she is allowed back in. She says her son is suffering, he wakes up angry and that the stress is so overwhelming.

Ms. Romulo has less than one month before she has to leave Australia. Her lawyer explains that she has little chance of getting custody of her son in the Philippines. Peter Dutton, Minister for Home Affairs and Immigration and Border Protection, recently spoke to reporters about the case, saying people have been given enough notice over a long period of time to prepare themselves to depart but then they refuse to depart and then string it out through a pointless exercise through court.

Ms. Romulo has made an emotional plea and also posted a letter of her son for Mother’s Day. Nine.com.au reports that a petition from Ms. Romulo asking the government to stay has received more than 36,000 signatures so far.