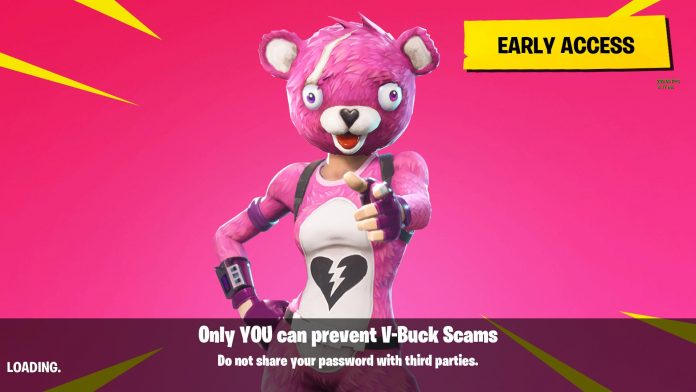 Authorities are now warning parents about fraudsters targeting Fortnite gamers. The popular game has attracted millions of people for its entertaining game modes but it has also caught the attention of scammers. Action Fraud, UK’s national fraud and cyber crime reporting center, says people have given thousands of pounds to scammers.

The agency says it has received 35 reports of fraud related to the battle royale game. The reports were made between April of last year and March 2018. The reports total to £5,119 ($6,793).

Most of the scams involve people clicking or following links for free V-Bucks, the currency used in the game to buy cosmetic items such as skins, backpacks and more. V-Bucks are bought with real money but some have fallen for the free V-Bucks scams. The agency says the reports are filed mainly by parents on behalf of their kids.

V-Bucks can be purchased through the game or the game developer’s official website. In some scams, gamers are asked for their account details so they can receive the free in-game currency. The V-Bucks are never added but the scammers log into their accounts and make purchases. Other scams ask gamers to enter their credit card information to receive the in-game currency.

Fortnite is currently one of the most popular video games around the world. The battle royale title is free to play but it offers lots of cosmetic items. The game’s item store is updated every day with new cosmetic items and emotes, which are dances or emojis that the players can use while battling others.

Pauline Smith, Director of Action Fraud, says it is important that both parents and those playing the game are able to spot the signs of fraud. She says gamers should only use the official website for downloads or add-on purchases. She also advises gamers to avoid revealing important information such as banking details or passwords.

Fortnite even has its own loading screen telling people not to share their passwords with third parties. Epic Games, the game developer behind Fortnite, recently warned people about the scams. The warning came over emails that announced an Android beta of the game. The battle royale title is not available for Android.

Fortnite, initially released in July 2017, is available for PC, Mac, PS4, Switch, Xbox One and iOS.