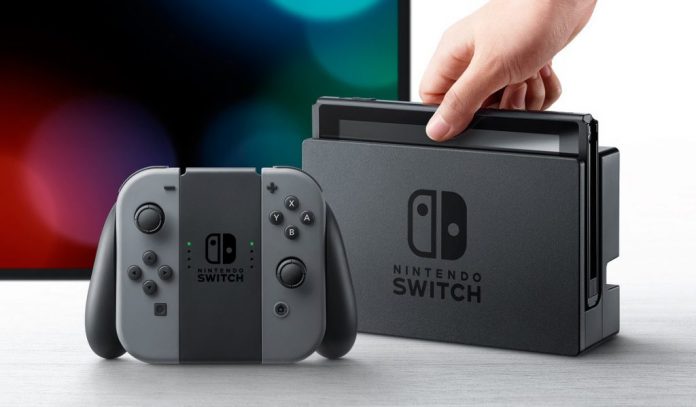 Fortnite is available on many platforms, including PS4 and Xbox One. But Nintendo Switch owners have been left waiting for the popular battle royale game. The wait might soon be over though as leaks continue to surface.

E3 2018 is just a few days away and it’s rumored that Nintendo could make the announcement there. In recent days, information has pointed towards a release for the Nintendo Switch.

A few days ago, the rating classification for the Fortnite version of the Nintendo Switch surfaced in Korea. Shortly after that, fans found more information on the rumored release. The information was found in the Switch eShop update, which mentions Fortnite.

The recent information nearly confirms that there will be a Fortnite for the Nintendo Switch. Nintendo’s latest gaming console has been heavily mentioned in rumors when it comes to a Fortnite release. Months have gone by but it appears that the wait will soon be over.

A release on the Nintendo Switch makes a lot of sense as the game is available on almost every other platform. Back in March, the battle royale game debuted for iOS. The Android version has not been released but that is said to be coming soon.

Fortnite has quickly become one of the most popular games around the world. The video game, which was initially released in September 2017, has broken stream records and is earning millions for game developer Epic Games. Last month, estimates revealed that Fortnite on iOS had earned more than $50 million in revenue since its launch in March.

Fortnite is free on all platforms but it offers a variety of cosmetics that the players can buy to make their character look different. The game updates its cosmetics very often, giving players a number of skins and emotes to choose from.

Fortnite’s success has changed things in the gaming industry. Several games plan to offer a battle royale game mode, including the next release of the Call of Duty franchise. Battle royale still isn’t big on the Nintendo Switch but it appears that owners will soon get to play Fortnite.

Nintendo has not confirmed any of this but the information is really good news for those that have been waiting on a release. E3 2018 will take place from June 12 to June 14.