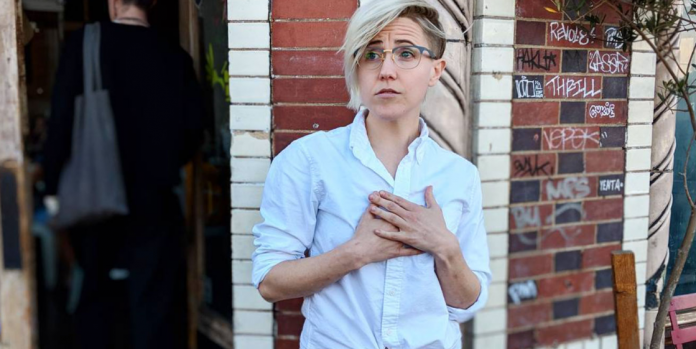 Hannah Hart is most well known for her web series My Drunk Kitchen that she put out weekly. In addition to her YouTube channels, Hannah also appeared in and co-produced an independent film called Camp Takota with fellow YouTube star Grace Helbig. She released five different songs over the course of her career, toured around the country, did comedy shows, and also wrote the book My Drunk Kitchen: A Guide to Eating, Drinking, and Going with Your Gut. It made the New York Bestseller List and stayed there for five weeks.

How Did Hannah Hart make their money & wealth?

Hannah was born on February 11, 1986, making her 31 years old. She started her life in the San Francisco Bay area in California. Hannah had a hard childhood. In a YouTube video, she explained that her mother suffers from schizophrenia and her parents were divorced soon after she was born. As a result, she was often in charge of her sisters. Their house was a total wreck, and it needed to be inspected to make sure that humans could live there. With that amount of adversity, it’s surprising that Hannah turned out as bubbly and well-adjusted as she has. 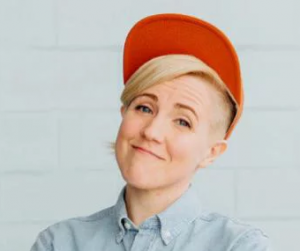 Hannah graduated from Burlingame High School. Before she went to college, Hannah spent some time in Japan in 2016. Upon her return, she attended the Berkeley chapter of the University of California. She double majored in Japanese language and English literature and graduated in May 2009. She moved herself to the East Coast after graduation with the dream of becoming a professional writer. Real life caught up to her, and she had to pay the bills by proofreading English and Japanese for translating firm.

She started out on YouTube in the early spring of 2011 by sending her friend a picture of her drunkenly making grilled cheese. She decided to throw the video up on YouTube, and it caught on instantly. People were clamoring for more. It only took her a couple months before us YouTube wanted her to partner up with them. She was able to quit her job and concentrate just on making My Drunk Kitchen.

Hannah turned her YouTube job into a career. She turned it into a real cooking show, inviting big names such as Tyler Oakley, Lance Bass, John Greene, and Jamie Oliver. The show is still running, and new updates are available every Thursday. In 2013, Hannah went on a world tour that was funded by her Indie GoGo campaign. That same year, she also performed in a comedy show with fellow YouTube big-name Grace Helbig. She has published two books: a memoir called Buffering: Unshared Tales of a Life Fully Loaded and My Drunk Kitchen cookbook. She’s acted in several movies and has a show on the food network called I Hart Food. 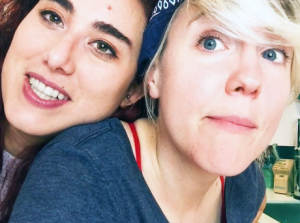 Hannah is not married, but she does seem to be in a serious relationship with long-term girlfriend Ella Mielniczenki. Ella understands Hannah’s busy life as she is also a YouTube star. She produces the videos for Buzzfeed YouTube channel. Before this, Hannah dated another YouTuber, Ingrid Nilsen from 2015 to 2016.

Hannah most likely makes about $500,000 a year from a combination of YouTube advertisements, show revenue, tour tickets, and her book sales.

According to the All American Speakers group, Hannah Hart makes between $20,000 and $30,000 per engagement. 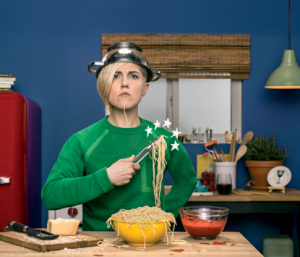 While we don’t know what the outside of Hannah’s house looks like, the inside of her kitchen is very familiar. She has a bright red refrigerator, gorgeous blue walls, and chopping block counter space.

Hannah Hart isn’t just involved in charity work, she organized her own charity day. It’s called Have a Hart Day, and it’s been going since 2014 in December. It’s a day when all of Hannah Hart’s fans get together and volunteer at local food banks. Hannah doesn’t run the whole thing, there are city captains that take over the duties in various cities for her. The frequently asked questions state that Hannah would not be in attendance at any of the events.

Hannah also participates as an influencer for the Dysh app with Grace Helbig. The app awards its users points for sharing pictures of food, scrolling, and liking. The points go towards feeding hungry people in need.

In her short career, Hannah has accomplished taking her YouTube channel to 1 million subscribers, which earned her the gold play button award from YouTube. She was able to quit her job in order to become a full-time entrepreneur. What started as a fun idea for YouTube video became her entire career, spawning interactions with celebrities, a tour, and her own show on the food network. She also won Streamy awards for her work.