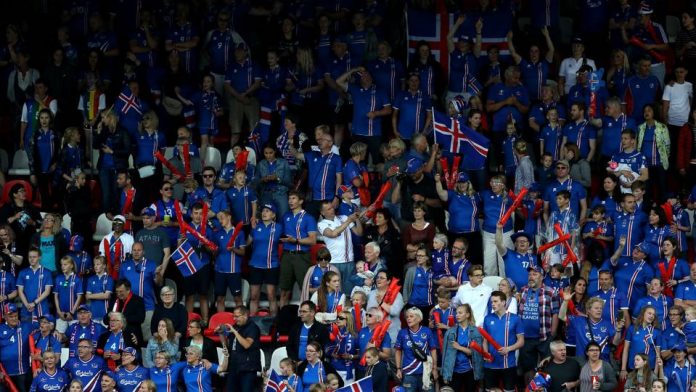 Iceland was not the favorite for Saturday’s match against Argentina but the national team showed once again that they can slow down big opponents. The 1 – 1 result gave both teams one point to start the World Cup but it is seen as victory for Iceland, a country with a small population and players that aren’t really popular in football.

The match was watched by many Icelanders but the country’s National Broadcasting Service, RUV, has now revealed just how many people watched. The numbers are record setting as RUV says a whopping 99.6 percent of the population watched the match.

The numbers are far more than any other big sporting event involving Iceland. The Iceland – Argentina match was shown on RUV Sports and it is now the most watched sporting event in the country.

Iceland, a country with a population of 350,000, was the surprise of the Euro 2016 tournament. The national team made it far into the tournament and eliminated a football giant on the way, England. The tournament had good numbers in Iceland but those still fall short of their first World Cup match.

Alfred Finnbogason, who scored the goal against Argentina, made a joke about the amazing numbers from RUV. The FC Augsburg striker joked on social media that the other 0.4 percent of the country’s population were on the pitch at the time.

Sports channels around the world showed Icelanders gathered in front of big screens outside and watching the game. Argentina came in as the favorite of the match and scored early on. Iceland responded with a goal just a few minutes later. Argentina controlled the ball but Iceland defended well and had a few chances of its own. The game finished 1 – 1, a big result for Icelanders but a disappointment to Argentina fans who were waiting for Messi and his team to deliver a big performance.

The match had record numbers in Iceland but research companies have revealed that it also had solid numbers in other countries. Nielsen Media Research ratings for Fox Sports showed that it has been the most watched match of the tournament in the United States so far. The match had an average of 2.9 million viewers.

Iceland has two matches left in the group stage, one against Nigeria and another against Croatia, which currently leads the group with 3 points.