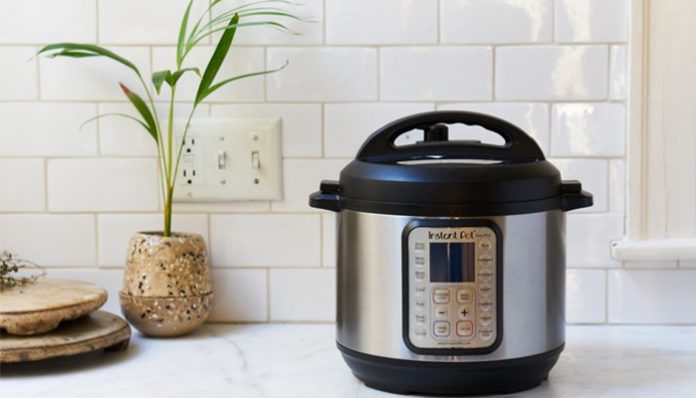 A kitchen gadget with a cult following, the Instant Pot’s popularity has grown tremendously since its launch in 2010. Known for its speed, it’s able to whip up a meal up to 70% faster than traditional methods (this alone, makes it an attractive option for many individuals). Perhaps the most noteworthy of all, however, is its many functionalities. Not only does it act as a slow cooker/pressure cooker, but it is also capable of doing other things such as make rice, steam foods, and make yogurt, etc.

Considering all that it offers, it’s not surprising to know that many have chosen to adopt the Instant Pot lifestyle. Why clutter the kitchen countertop with multiple gadgets when you can just use one single appliance, right? Designed for busy individuals and families, users can easily also prepare meals ahead of time with its “delayed start” function- that way, everything is cooked and ready by the time you get home! In a way, you can think of the Instant Pot as your own personal, robot chef.

As you can probably expect from such a popular appliance, there are many models currently available for purchase on the market.

Currently, the most popular version is the Instant Pot Duo. The third generation, the 7-in-1 is the first model that is able to make yogurt. Compared to its predecessor, it also comes with some fancy additions such as little slots in the handle area, where you can rest the lid. In addition to the standard Duo, there is also a Duo Plus version that comes with a new “sterilize function.”

As for the “Economy” option, we have the Lux. The Duo’s predecessor, it features six functions: saute, keep warm, slow cook, pressure cook, make rice, and steam. Unlike the Duo, it only comes with one pressure setting (i.e. “low”) for pressure cooking.

For those who are wanting something a little fancier, there’s the Smart model. Not only does it come with a more informative screen, but it also has an app, which can be paired with the device via Bluetooth. Using preset “recipe scripts”, the cooker can prepare a variety of dishes with the press of a button.

One of the newest models is the Ultra. Complete with a new interface, it utilizes a spin dial for maximum customization. Speaking of which, its “ultra” setting allows for you to control even the most minute details of your cooking.

Instant Pot: What Sizes Are Available?

For your convenience, the Instant Pot comes in a variety of sizes. Depending on the amount of food that you’ll be needing to cook on a regular basis, you can purchase one accordingly for your needs.

Generally speaking, the cooker comes in four different sizes- 3 qt, 5 qt, 6 qt, and 8 qt. Which size should you get? That depends. If you’re only going to be cooking for yourself, the small 3-quart will probably suffice; on the flip side, you’ll probably want to go for an 8 qt model if you have a family of six. In addition to that, you might want to consider what you want to cook with the pot (e.g. a whole chicken vs chicken wings).

Below, we’ll be taking a look at the differences between the 8 quart and 6-quart models.

First things first, let’s go over which models are available in what size.

Ultra: Only available in 6 quart

As you can probably see, all of the models, with the exception of the Instant Pot Ultra, are available in the 6-quart and 8-quart sizes.

– Recommended for families of six or more
– Might be a good option for those who want to have leftovers for the next day
– Good for batch cooking (for freezing purposes)
– Available in the Lux, Duo, Duo Plus, and Smart models

Which size should I get?

Depending on how many people are in your household, both the 6 quart and the 8 quart Instant Pot are solid options. In general, if you’re an average family with average needs, the 6 quart is more than enough (in fact, you can still easily get leftovers). Having said that, it of course, depends on what you’re cooking and the recipe.

Questions to ask yourself if you’re deciding between the 6 and the 8 quart:

– How many people will I be cooking for on a regular basis?
– Will I be doing any batch cooking?
– Am I interested in having leftovers for the next day?
– What kind of dishes will I be making?

Note: Remember, both the 6 and 8 quart models cook food at the same speed!

Hopefully, you’ve found our comparison of the 6 and 8 quart Instant Pot models helpful. Whether you’ve chosen to go for the smaller or larger version, one thing’s for sure- the cooker will help out tons in the kitchen!