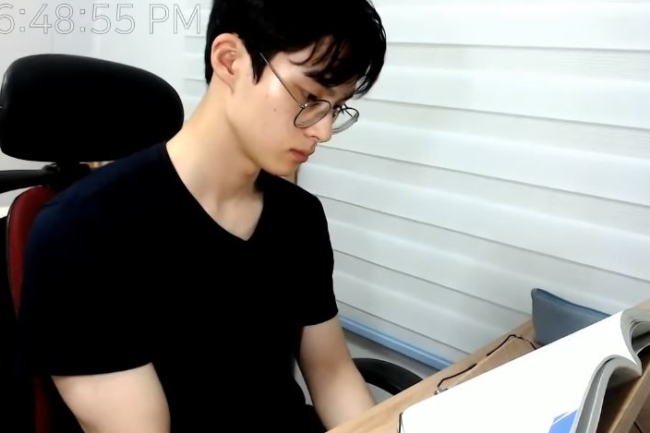 There are many livestreams on YouTube but one Korean user has caught the attention of thousands for his studying videos. The Korean man has become very popular for his livestreams in which he studies alone and does not say a word.

The videos may sound boring but his audience has grown in a short amount of time. The Korean man has a channel called Bot-No-Jam. This translates to a robot that is no fun, which kind of describes his type of videos. The channel is now at 321,000 subscribers with just 43 videos.

Study With Me and Vlogs

One of his “Study With Me” videos, posted 11 months ago, has more than half a million views. His most recent studying livestreams have more than 140,000 views each. The YouTuber has also decided to make other types of videos for his fans.

The videos don’t have anything to do with studying but he also remains silent during them. In his five vlogs, he shows what his daily life is like. The vlogs appear to be even more popular as the most recent videos have nearly one million views each.

The rise in popularity even caught the attention of an SBS morning show. The YouTuber was interviewed there and he explained that he came up with the idea to focus while he is studying. The morning show also asked about his YouTube name, which he says came from his old nickname. The Bot part of the name comes from his old nickname, Robot. He explained that he got the nickname when he was serving in the military. The No-Jam part of his name was added since he didn’t think anyone would like watching him study through a livestream.

The YouTuber was wrong about that since he is now on his way to half a million subscribers. In recent years, there have been several unique livestreams that have gained the attention of people but this one is probably the first to show a person studying while hundreds watch.