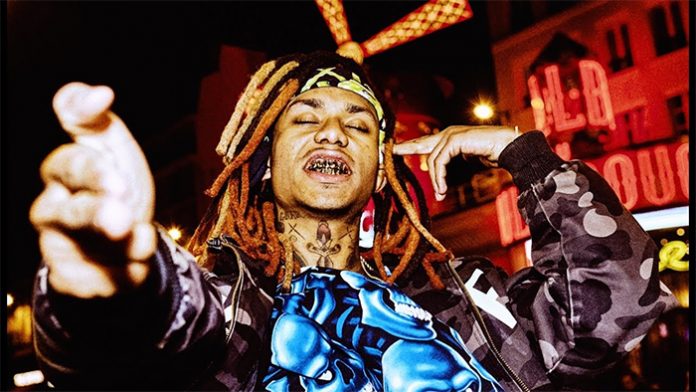 Hailing from Oakland, Lil Gnar recently rose to fame with the release of his hit single, Ride Wit Fa Eye (Feat. Germ) in 2017. A big break for the emerging star, the track has since been played nearly 500,000 times on YouTube. Prior to his rap career, he was known as both a fashion designer and skateboarder.

Over the past several months, he has dropped numerous other titles including Drop Top Benz, Juice, Beatin’ Down Yo Block, and FeelTheRage. With other rappers, he has also recorded a handful of songs such as Gang, GnarlyMorty, I’m That Nigga and Choppawalk.

How successful is the 22-year-old emcee? How much has he made from his music career so far? How rich is he as an artist? According to what we could find about his wealth online, Lil Gnar’s current net worth is around $170,000. Where did the bulk of this money come from? Let’s have a look.

How did Lil Gnar Make His Money & Wealth?

Born on February 24, 1996, in Oakland, California, Lil Gnar initially gained fame as a fashion designer, prior to making his rap debut. The founder of the GNARCOTIC brand, he has collaborated with numerous parties such as G59, and DGK, among several others. Though he’s dabbled in music since his teens, it wasn’t until 2017 that he soared to stardom with the release of his hit song, Ride Wit Fa Fye.

A big break for the emerging artist, the song has since been played over 2 million times on Soundcloud. On YouTube, the official video has also picked up more than 500,000 views. With that said, it’s hard to determine how much exactly the rapper has earned so far from the track.

Since then, Lil Gnar has dropped several other titles including Drop Top Benz, Juice, BB&T, and FeelTheRage, all of which have been played thousands of times each. Earlier this month, he also released his first multi-track project which gave rise to the songs People’s Champ and Casket.

In addition to his solo releases, Lil Gnar has also done a number of collaborations with artists such as Kizaru, Lil Morty, Robb Bank$, Da$h, and Rico Nasty. Some of these tracks include Choppawalk, Transformer, Gang, I’m That Nigga and GnarlyMorty.

Considering what he does, it’d only make sense that his records have earned him some amount of income. To add to that, it’s likely that the rapper also makes a decent sum from putting on shows and concerts. In fact, he just recently gave a performance at Santa Ana on June 18, 2018. Assuming that he continues to churn out new releases, his presence in the hip-hop scene will only continue to grow. Not only that, but he’ll gain more opportunities to make himself known to the world.

Outside of music, however, he also has his fashion design business, as mentioned briefly earlier. For those who might be interested, you can visit his brand- GNARCOTIC’s official website here. At the time of this writing, however, the page appears down; if the link is not working, you might want to try again at a later time.

No, as far as we know, Lil Gnar is not in a relationship.

Does Lil Gnar Have Any Children?

No, Lil Gnar does not have any children that we know of.

Did Lil Gnar Go to College?

No, Lil Gnar has not gone to college. Instead, he pursued fashion design, before getting involved with rap in the recent years.

What is Lil Gnar Famous For?

Lil Gnar recently gained fame after he released his 2017 it single, Ride Wit Fa Fye (Feat. Germ), which has since been played millions of times online. Since then, he has followed up with several tracks such as Drop Top Benz and Juice.

As far as we know, Lil Gnar currently resides in his hometown of Oakland, California. We do not have any pictures of his abode at this time.

What Kind of Car Does Lil Gnar Drive?

Unfortunately, details on Lil Gnar’s vehicle is not available.

How Much Money Did Lil Gnar Make Last Year?

As much as we’d like to know, we do not have any information on Lil Gnar’s 2017 salary at this time.

As mentioned earlier, he released his latest single, Drop Top Benz (Feat. Lil Skies) earlier this year on June 1, 2018. Some of his other recent drops include FeelTheRage and Gang.

Want to know what he’s up to? How about following the rapper on social media? You can find him on Twitter at @LilGnar or on Instagram at @LilGnar. For his latest musical releases, head on over to his Soundcloud account here.