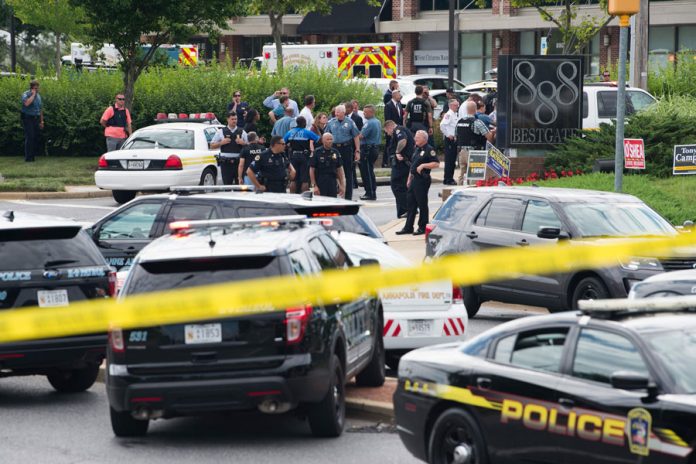 A shooting at a local newspaper office in the state of Maryland has left five people dead. Reports say a gunman opened fire at the office, which has a glass door.

Capital Gazette staff said the gunman opened fire through the glass door. The shots went into the newsroom. Other staff members were also injured in the attack. Authorities believe that it was a targeted attack against the local newspaper, which has its office in Annapolis.

Authorities said the newspaper had recently received threats on social media. A suspect was arrested shortly after the shooting. The suspect is said to be in his 30s and a resident of Maryland.

County Executive of Anne Arundel County, Maryland, Steve Schuh told CNN that the suspect was under a desk when police officers responded to the incident. He said there was no exchange of fire between authorities and the suspect.

Reports say the suspect has refused to cooperate with authorities and one police official told CBS News that he had damaged his fingertips so he wouldn’t be identified. The County Executive said that law enforcement did have the name of the suspect but that they were not able to confirm it at this time.

One reporter said the newsroom was small, with about 20 news staffers and advertising staff. Another reporter described the shooting as being like a war zone. He said that people were under desks when the suspect stopped shooting.

Videos show people walking out of the building and authorities in the area. Police said the suspect was carrying fake smoke bombs and grenades in a backpack. They also revealed that he had a gun but did not give any details.